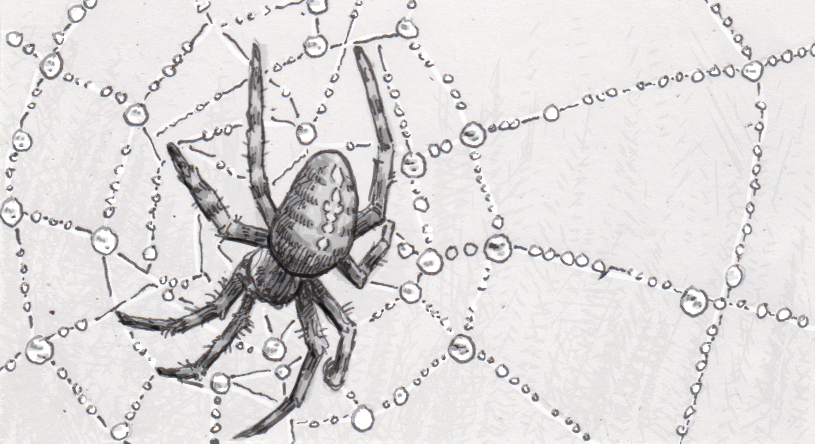 Don’t tell the kids, but they might need fewer band-aids in the near future. As exciting as getting a colorful adhesive bandage for a scrape or cut may be, getting a second bandage after a bath is even better, because you get more trucks or robots without the need for another injury. Because of the way glues interact with water, bath time has generally ensured that no bandage would survive a full day, but that may soon change if scientists can learn to reproduce some key properties of spider silk.

Sticking to water instead of a surface

The root of the problem with glues and paints on wet surfaces is interfacial water. This water gets between the adhesive and it’s intended target, then ruins any bonds that were in effect by essentially taking their place. In the case of a bandage, this means that the adhesive ends up bonding with the water that was next to the skin, instead of the skin itself.

Loose band-aids or peeling paint is one thing, but creatures like spiders really can’t tolerate having their webs come unstuck whenever things get humid. Since plenty of spiders manage to keep webs stuck to moist leaves with enough strength to catch struggling prey, researchers started looking at the exact chemistry to see what their secret was. Their search eventually came to focus on three types of ingredients— two glycoproteins, a batch of low molecular mass organic and inorganic compounds (LMMCs) and interestingly, water itself.

Working with water instead of against it

On their own, each of these ingredients wasn’t anything terribly unique. Glycoproteins are used as a source of stickiness by a variety of organisms, from algae to sea stars to ivy. The trick was how each ingredient complimented the others. Researchers found that the LMMCs worked to make the glycoproteins stick better, mainly by absorbing water and moving it away from the target surface. So rather than become completely hydrophobic and try avoid water at all costs, spider silk stays sticky by absorbing water and just moving it away from points of contact with other surfaces. With further development, researchers hope to apply this lesson to the design of adhesives we depend on, even if it means that a water proof band-aid will actually need to be water-absorbent.