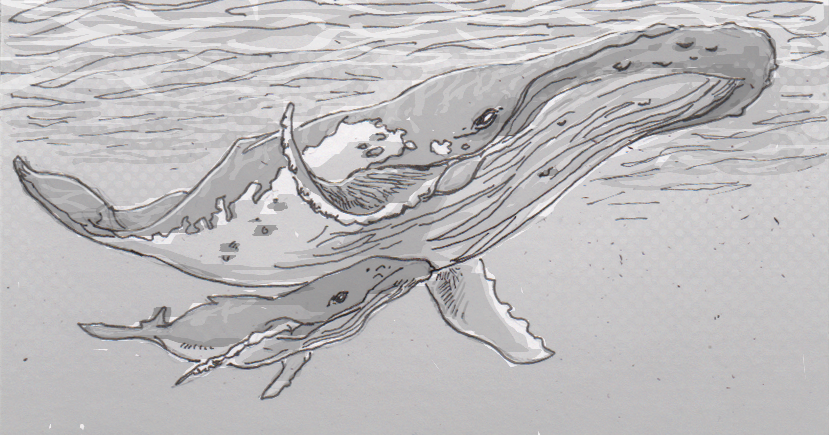 In a world with on demand views of pandas, kelp forests or even the planet itself as seen from space, it’s surprising just how little we can see of some of our favorite cetaceans. Even though dolphins and whales need to regularly surface to breathe, we can usually observe only around 10 percent of their activity. Researchers from Australia, Alaska and Denmark have been working to invade this privacy a bit more though, giving us a glimpse into the day-to-day activity of these marine mammals when they’re not being bothered by divers, boats or other human activity.

A day in the life of dolphins

A camera suction-cupped onto the side of some dusky dolphins (Lagenorhynchus obscurus) has revealed eight hours of activity that humans don’t usually get to see. In the recovered video, the dolphins were seen playing among kelp, interacting with young and what seemed to be affectionate “flipper-rubbing.” Aside from being slightly charming, these more subtle moments can offer a lot of data on dolphin ecology. Coupled with GPS and depth data gathered by the camera in it’s eight-hour recording session, these records offer a more “complete” picture of dolphin’s lives.

Near the Exmouth Gulf, a few families of humpback whales (Megaptera novaeangliae) were tagged with audio-recorders for periods of up to 48 hours. Even if no alluring video was captured, the vocal nature of these animals made the audio very informative. Whale calves traveling with their mothers for their first migration to southern feeding grounds were recorded by these wearable baby-monitors making a variety of squeaks, gurgles and grunts, apparently to communicate with their mothers.

The whales’ baby-babble hasn’t really been detected before, largely because it was notably quiet, even for recording devices riding on the whale’s body. Babies generally sounded off when swimming, versus nursing or resting in their their mother’s wake, which makes researchers think that the vocalizations were meant to help the family keep track of each other. The babies likely keep quiet to avoid attracting too much attention though, particularly from potential predators like orcas. Even though a baby humpback whale is over 16-feet-long when born, they’re still dependent on their mothers for up to a year, and their first major migration is a particularly delicate time.

Both sets of recordings reinforce the importance of sound and communication in cetaceans. With dolphins using echolocation to hunt, and whales depending on quiet squeaks and grunts for safety, it’s easy to see how noise pollution from ships and undersea mining can be disruptive and possibly dangerous.