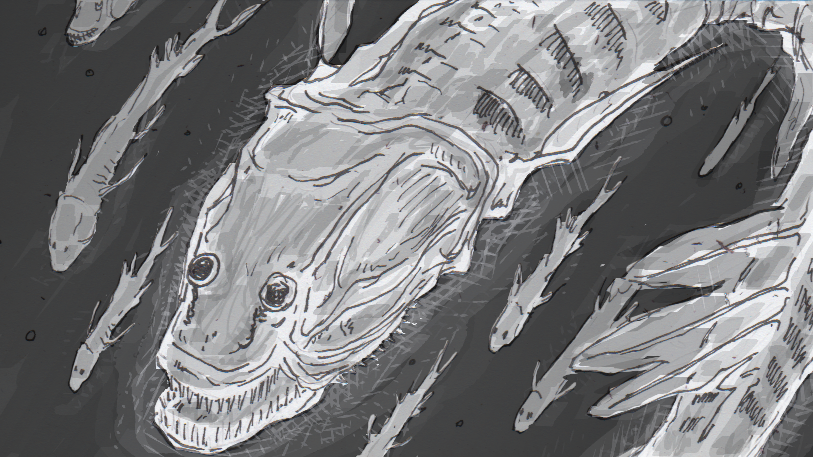 While our daily experience says otherwise, most of the vertebrates alive on Earth can glow in the dark. No, the rest of us haven’t all been glowing when your back is turned— you, like most humans, just haven’t been looking where most animals live. In the twilight and midnight zones of the oceans, where the light of day barely reaches, vast multitudes of fish not only glow, but glow in a variety of ways. It seems to be a highly successful lifestyle too, with the most popular genus of fish estimated to top out somewhere in the hundreds of trillions to quadrillions across the globe. On top of all that, it looks like the oceans have been a glorious disco-party since the Cretaceous period, first lighting up over 65 million years ago.

When looking for what sparked this bioluminescence craze among deep sea fish, researchers found that there wasn’t really a single turning cause. In a case of repeated convergent evolution, glowing fish evolved at least 27 times since the age of dinosaurs. Not all bioluminescence is equal though, and 17 of those shifts are actually due to fish developing partnerships with glowing bacteria. The bacteria may have originally been ingested in some way, eventually being carried in the fins or throats of larger animals like anglerfish. This type of bioluminescence may have happened repeatedly due to the relative ease of acquiring the necessary bacteria, but it didn’t seem to be as successful as home-grown glowing.

Even though it evolved less frequently, developing the genes to glow without bacterial assistance actually seems to be the more successful strategy. The Stomiiformes order of fish all glow on their own, and with around 420 species in their ranks. This group includes the prolific Gonostomatidae family of bristlemouth fish. As mentioned above, the Cyclothone genus alone probably accounts for hundreds of trillions of animals around the world.With numbers like that, it seems like the ocean should never look dark, but the three-inch fish carry their light-producing photophores on the underside of their bodies, likely to obscure their silhouette against any sunlight from the water above, in order to hide from predators. What’s more, inherently bioluminescent fish can usually control their light quite well, even enough to signal identity to each other. Blinks and flashes can then help members of a species find each other in the dark, further driving their diversification, even without geographic barriers.

At this point, most researchers actually expect to find many more species of glowing fish. Between glowing sharks and these ray-finned fish, bioluminescence seems to be the prime way to deal with living in the darkest part of the sea. What would seem like a conspicuous lifestyle has only been slow to be discovered because humans haven’t been able to reach this dark, yet huge, portion of the planet very easily.