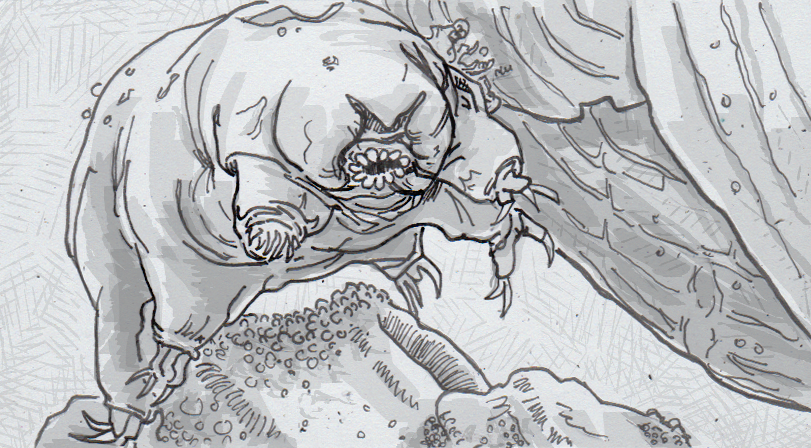 Tardigrade traits may be based on borrowed DNA

While tardigrades seem like some weird outlier of the world’s genetic soup, much of their weird abilities may come from the fact that they’re actually blending a number of genomes together. These tiny creatures, also known as water bears, live in a huge range of environments, from ocean crevices to Antarctica to, at least temporarily, the vacuum of space. They survive both hot and cold temperatures, toxins and radiation in doses that would kill much larger animals. They can even be dehydrated for up to ten days, and then be revitalized with a bit of water. This extreme survival tool kit isn’t found in any other animal, but it could very well be assembled from snippets of DNA the tardigrades have borrowed from other life-forms.

New genes from the neighbors

Horizontal gene transfer is the process wherein an organism acquires DNA from a different species, versus inheriting it exclusively from it’s parents. It’s usually associated with microorganisms like bacteria and bacteriophages, and can drive rapid adaptation by making large changes to a genome in one fell swoop, literally inserting new genes from a neighboring creature. Tardigrades, as creatures used to extremes, seem to have taken this idea and really run with it. Genetic analysis has found that one-sixth of their DNA actually originated from bacteria, plants, fungi and archaeans instead of a strictly tardrigade family tree. Appropriately, this makes tardigrades the current record-holder for horizontal gene transfer, and there’s a good chance they’re still at it.

The amassed genes seem to be primarily bacterial in origin, which may actually help answer some questions about tardigrade ecology. Many species of bacteria are known to survive in extreme environments, like Thermococcus litoralis living on thermal vents on the ocean floors. There’s a chance that some of the acquired DNA in the tardigrade genome are allowing it to copy the environmental tolerances of these bacteria.

While the piles of borrowed genes may eventually explain the origin of the water bear’s list of abilities, it raises the question of how they got started on this path in the first place. Many animals, including humans, do borrow genes laterally from other species, the 17.6 percent of borrowed DNA in a tardigrade indicate it has a special aptitude for this process. One possible explanation is tied to their ability to survive desiccated, or completely dried out. While they’re not much worse for wear after being re-hydrated again, there is some temporary damage to their cell membranes. It’s possible that genes from neighboring organisms have gotten slurped up while the cell repairs itself, making the tardigrade not just restored, but actually enhanced in the process.

Update: A follow-up study casts a lot of doubt on the 17.6 percent of borrowed DNA, saying it was likely due to bacterial contamination during experiments. They’ve put the figure at a much more pedestrian 1 percent instead. Oh well.

Source: Water Bears Are the Master DNA Thieves of the Animal World by Rachel Nuwer, Smithsonian