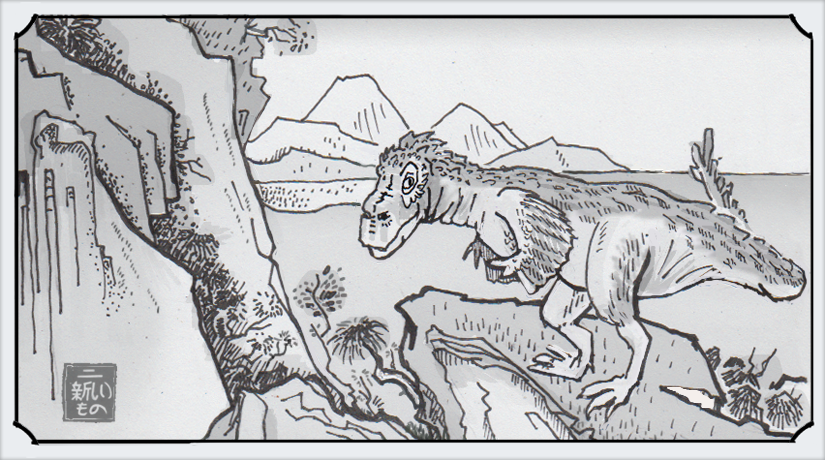 Teeth from Nagasaki show new tyrannosaur was big in Japan

Teeth from a large tyrannosaur were recently found in Nagasaki, Japan. While they haven’t been attributed to any particular species yet, they’re already turning heads, as no other tyrannosaurs have been found in Japan before. It’s also likely to be the largest predator found in Japan at a hulking 32 feet long, assuming the teeth are proportional to other tyrannosaurs from other parts of the world. However, this discovery also raises the question of why the “in Japan” caveats are needed here. Why are Japanese dinosaurs any different from those found in the rest of the world?

The dinosaurs themselves don’t bear any unifying traits that could be branded as unique to Japan. It’s more a question of quantity, as there just aren’t a lot of fossils from this island nation. Headlining species include the 13-foot-long Fukuiraptor, the Iguanodon-like Fukuisaurus, and the sauropod Fukuititan nipponensis. A new tyrannsaurid will help flesh out the diversity of the Cretaceous ecosystem, but looking back 81 million years to when the owner of these three-inch teeth was alive reveals another complication: Japan didn’t really exist at that point.

Japan was not always an island

Obviously, this is not a question of if the political state of Japan existed in the Cretaceous Period, but one of geology. What is now an island was still part of the Eurasian plate 81 million years ago. It wouldn’t break away from China for another 66 million years. So this new dinosaur’s range may have extended into what is now Korea and China, making it a close relative of other local tyrannosaurs like Tarbosaurus. However, plenty of fossils are found in China, and if Japan was part of that landmass when dinosaurs were alive, why isn’t there more spillover?

Not all rocks are equal

Aside from the relative size of these land masses, you need to consider what geological conditions are conducive to fossilization. Most of the fossils we find are the result of some sort of sediment burying bodies, such as silt, sand or ash. With Japan’s history, and present, being one of seismic and volcanic activity, you could almost say that the small number of fossils found isn’t as impressive as the fact that paleontologists have had a chance to find any fossils at all. Earthquakes and magma and easily destroy fossils, meaning that Japan isn’t about to catch up to fossil hot-spots like the Morrison Formation any time soon. It also explains why Japanese paleontologists are more likely to find tougher structures like thick teeth than the delicate impressions of a feather.