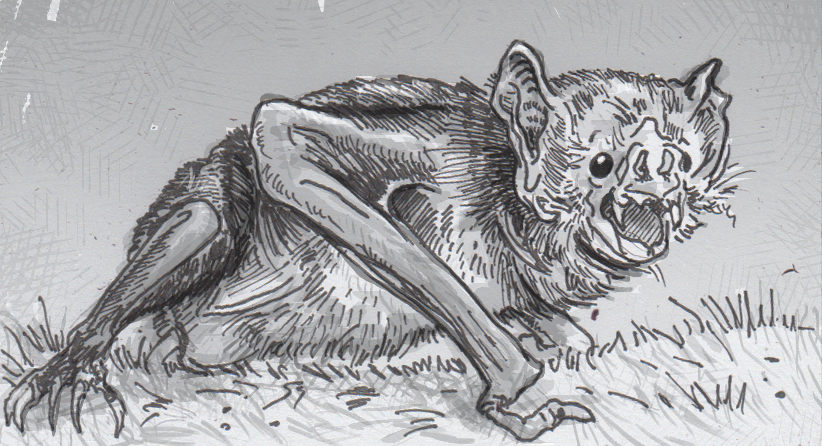 Theoretically, a bit from a vampire bat shouldn’t cost you more than a tablespoon of blood, and perhaps a small bit of discomfort from the incision the bats make to start their meal. Maybe not pleasant, but not dangerous on it’s own. The problem is that vampire bats are very likely to carry rabies as well, spreading the disease around Latin America more than any other source. Aside from health concerns in humans, rabies transmitted by bats affects tons of livestock as well, and farmers are even trying to take matters into their own hands by poisoning bats with the hope that they’ll wipe out their roosts as well. However, new research about how rabies is transmitted indicates that the farmers’ actions may be exacerbating the problem more than they realize.

To get a handle on how the vampire bats (Desmodus rotundus) were spreading rabies, scientists started tracking the movement of various populations. Genes of various bat populations and the rabies virus itself were sampled and analyzed to get a better picture of where the virus spreads, and who is carrying each new strain along the way. Fortunately a pattern emerged that seems to clearly explain how rabies keeps being brought to new territories.

The culprit appears to be young bachelor bats. When a male reaches sexual maturity, it is usually forced to move away from its place of origin and seek out a mate elsewhere, similar to the behavior of other social mammals from horses to elephants. If these male bats carry the rabies virus with them, they have strong chance to bring novel infections to a new area. Females can spread infections as well, but samples of their genes indicate that they don’t travel as much in the process, keeping their rabies closer to home.

Knowing this will help people respond and predict the spread of rabies much more effectively. Anything that forces these young male bats to relocate more aggressively, such as poisoned mates in the roost, can now be understood as a trigger for rabies’ growth. Instead, if male bat movements can be predicted, human and livestock populations can be efficiently vaccinated in advance, leaving residents in a much safer position when their new neighbors arrive asking to borrow a tablespoon of blood.

Source: Blame It On The Boys: How To Stop Vampire Bats From Spreading Rabies by Michaeleen Doucleff, Goats and Soda