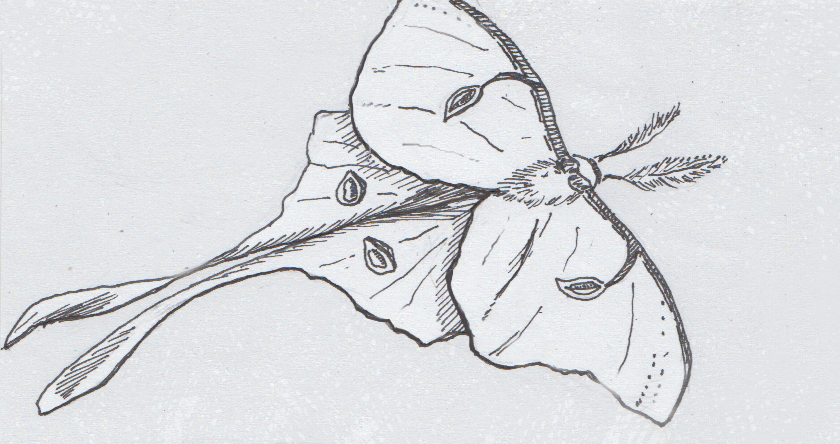 The Luna Moth is a looker. It’s got fuzzy antennae, a neat green color, eye-spots and is pretty large to boot. It’s also got some of the longest tails on any moth out there, but those probably aren’t there for looks. They’re there for sound.

To back up a bit, Luna Moths have often been seen with portions of their tails missing without any ill effect. They’re just as fast and maneuverable without them in the air, suggesting that they weren’t there as any sort of aeronautical tool. Instead, they act as a safe distraction to predators- an expendable piece of anatomy to draw a claw or tooth away from more precious portions of the body. Between the also-distracting eye-spots and expendable tails, the moths have a pretty good set of defenses.

However, an important distinction should be made between the eye-spots, which are a visual distraction, and the tails, which, it turns out, aren’t. One of the predators Luna Moths have to worry about is bats, who wouldn’t notice a visual marking like an eye spot in the dark with echolocation. However, the tails of the moth flutter and move, reflecting the bats’ screeches well enough to improve the moth’s survival rate by at least 10%. The tails may even flutter rhythmically enough to look like another set of wings, further confusing the targeting of a bat looking for a meal.

Source: Why Do Luna Moths Have Such Absurdly Long Tails? by Ed Yong, Not Exactly Rocket Science