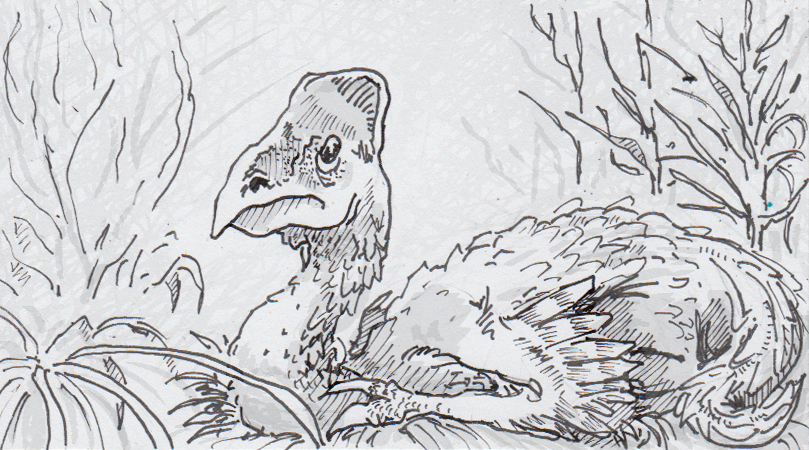 The color-coordination of Oviraptor eggs

If you’re studying extinct dinosaurs, it’s quite handy that we have their modern descendants around for comparison. For instance, oviraptor tails have recently been compared to modern turkeys and peafowl, revealing signs of similar sexual dimorphism. Now oviraptors are going up against modern birds again, this time in a comparison of their eggs, appropriately enough.

Modern bird eggs can come in a variety of colors, from blue, to green to brown. This is thanks to varying combinations of two pigments, biliverdin and protoporphyrin, with the shell’s calcium carbonate. Depending on the ratio of each ingredient, the color of the shell will be different.

Fossilized eggs are often black or brown, but this is due to the fossilization process, not the original coloring. Fossilization involves minerals seeping into the original structures, staining them with new colors. To minimize this obfuscation, researchers at Bonn University in Germany searched for the most pale eggs they could find, which turned out to be some oviraptor eggs from China. With fewer minerals in the way, they were able to find trace amounts of the original biliverdin and protoporphyrin in calcium carbonate. They then compared the ratios of these pigments to modern eggs, and found that the oviraptors most likely laid blue-green eggs.

This is not surprising once you factor in the nesting behavior of an oviraptor. We know that they sat on open nests on the ground, guarding them even in death. But if the parent needed to move away from the eggs, possibly for food, then the blue-green coloring would provide camouflage from actual egg-hunters. In this context, it would have been more surprising to find a white egg, as was originally theorized decades ago.