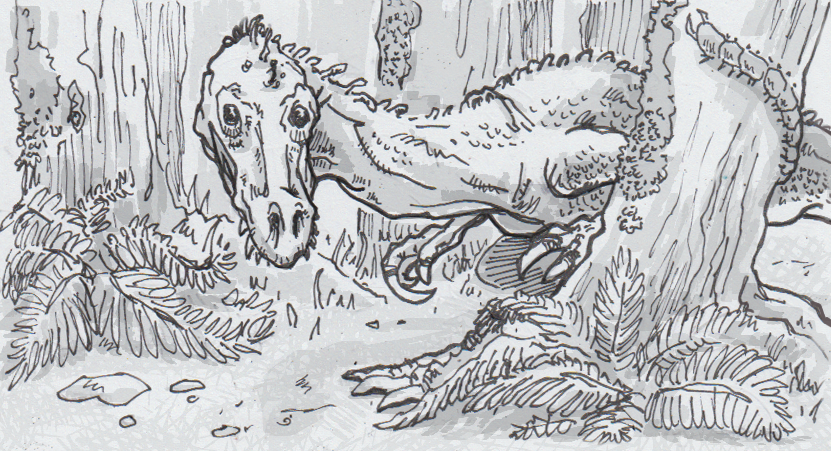 When pinning down the dawn of an entire clade of animals, every million years counts. The more accurately we can determine the origins of the dinosaurs, the better we can understand the environment and influences that could give rise to such planet-dominating creatures. As paleontologists continue to look at the early Triassic period, they’re finding that earlier models for the origins of dinosaurs may have been both too slow and too delineated. New evidence from Argentina points to a quick but subtle transition from the pre-dinosaurs to species that would come to rule the Mesozoic.

Exploiting an opening, or just overlapping

The rise of the dinosaurs previously depended on a sort of two-phased model. The thought was that early reptiles began to die off, leaving a void in the early Triassic ecosystem. Once this gap was created, the assumption was that early dinosaurs would then be able to move in to these environmental niches, simply exploiting the opportunity left by other species’ extinction. All this was based off of fossils dated at around 240 million years old, but new samples have shifted those dates by five to ten million years, leaving no time for a chronological gap between dinosaurs and their predecessors.

The revised timeline now puts some dinosaur species as nearly contemporaneous with their pre-dinosaur ancestors, further blurring what was already a hard distinction to make. Whether early reptiles or true dinosaurs, these animals all had a skinny, bipedal body type, typified by later species like coelophysis. This compressed transition also means that the dinosaurs flourished and diversified very quickly, possibly simply out-competing the groups that came before them. And of course, this adjusted start date changes the timeline for other animals in the Triassic, as creatures that were once thought of as transitional from earlier extinctions are now more chronologically distant than previously thought.

All these revisions are thanks to improved dating methodology coupled with exemplary rock columns in the Chañares formation of northwestern Argentina. These rocks include not only clear mineral layering, but also pockets of volcanic ash acting as punctuation in the geological record. Beyond that, uranium isotopes found in zircon crystals have allowed researchers to more precisely date the rock they were found in. In a process similar to carbon dating of biological samples, the rate of the uranium’s decay into lead can be used to calculate the age of the rock by comparing the ratio of the two elements. The confluence of these various pieces of evidence makes a strong case that it’s worth reconsidering exactly what put the dinosaurs on the map in such a big way, and now, how it happened so quickly.