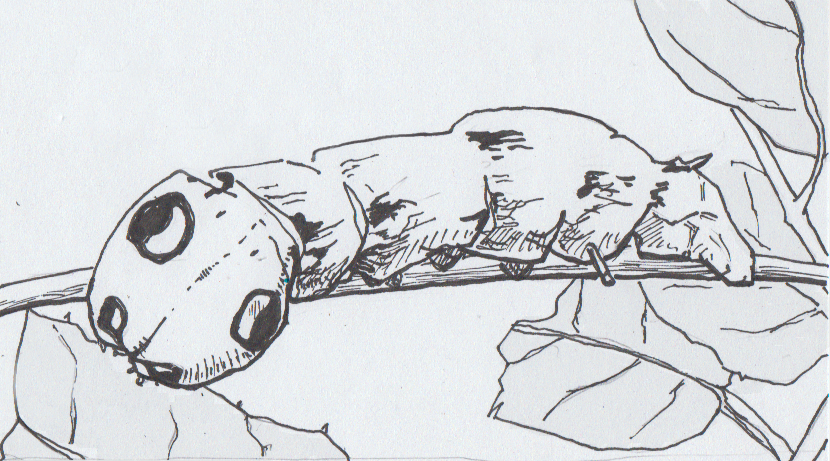 The Elephant Hawk That’s Not Really a Snake

The Elephant Hawk Moth resembles none of those animals as a caterpillar. The rear of the larva has a bit of a narrow extension on it, looking slightly like an elephant’s trunk, but that resemblance is no where near as striking as the caterpillar’s snake impression.

The “trunk” can be pulled in, leaving the anterior to look more bulbous pronounced. Combined with 4 eye-spots, the caterpillar can do an amazing snake impression to frighten or confuse would be predators. For this reason they’re sometimes referred to as “snake caterpillars,” and are a great example of Batesian Mimicry.

The moth’s are striking in their own, non-serpentine way. Aside from their unusual green and pink coloration, they posses notably good night vision. With extra sensitivity to green through ultra-violet color ranges, the moths are able to discern colors at very low light levels, such as at night.