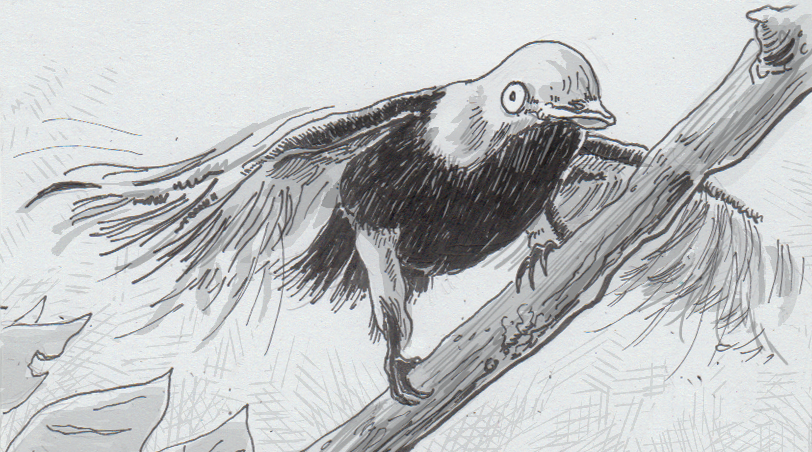 Humans have long been envious of birds, soaring in the sky on beautiful, feathered wings. While fiction like Jonathan Livingston Seagull assumes that at least some birds are equally appreciative of flight, that may not always be the case. When given the chance, it appears that wings aren’t always worth their energetic weight to the species’ survival. With enough time,  many birds are drifting from wafting among the clouds to walking on the ground.

The key to all this is predators, or rather, a lack thereof. Combing through over 20 years of data, Natalie Wright from the University of New Mexico found that when a species of bird relocates to an island without natural predators, they don’t seem to need to preserve flight as a means for escaping danger. In the long term, this might be how we ended up with obviously flightless species like kiwis or dodos, but this study uncovered a more subtle trend in bird anatomy. Looking across 868 species of birds, evolution was pushing island birds to grow smaller flight muscles, but larger legs. While most birds were capable of some form of flight, their aeronautics seemed to be diminished compared to their ancestors who had to worry more about becoming lunch.

Is flying worth the work?

As much as flight would seem to improve a bird’s life, even without a predator to avoid, they require more energy to maintain. It’s basically easier to maintain a body with smaller flight muscles and longer legs than the opposite arrangement. Hummingbirds are a good example, since on the one hand they’re very specialized fliers, able to hover and and fly backwards. On the other hand, that flight burns a ton of calories, making them very sensitive to changes in their food supply. If flying slower, pushing off the ground with leg muscles instead of wings, etc., lowers the bird’s need for constant foraging, it can give them an advantage over their frantically flapping peers.

If island birds are getting more relaxed about their wings, it’s worth noting that some mainland birds have been found with extra muscular development allowing for exceptionally active wings. Male red-capped (Ceratopipra mentalis) and golden-crowned manakins (Lepidothrix vilasboasi) can flap their wings around 48 times a second, which is faster than the human eye can see. We can, however, hear this flapping, as the males will sometimes slap their wings together above their back, making a small clapping noise. This activity isn’t for flight, but rather for attracting mates during courtship. Researchers assumed that such a specialization must come at the cost of the aforementioned flight muscles on the birds’ chests, but were surprised to find that they hadn’t compromised their flight anatomy at all. It remains to be seen what energetic costs having dual-purpose wing activity must carry, but if it helps the males find a mate, it must be worth the effort from an evolutionary perspective.

Source: Birds on Islands Are Losing the Ability to Fly by Ed Yong, Not Exactly Rocket Science