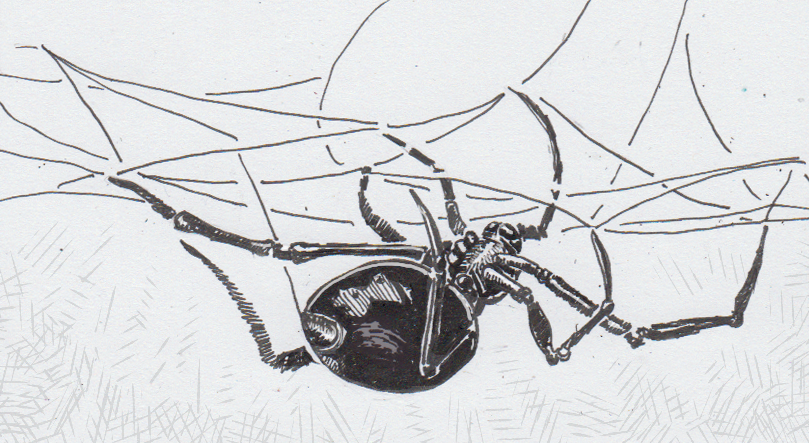 The fears and facts of black widows’ fame

Black widows are one of the most notorious icons of “creepy spider” out there. They’ve got a distinct look to them, complete with the red hourglass “logo.” Their name is evocative of unsettling cannibalism. And their venom certainly packs a punch. Yet while this spider seems so well known, the threat they pose to people is likely overestimated (much like many other forms of wildlife in the world, aside from hippos.)

Black widow spiders are often called shy, and they generally stay out of people’s affairs. Many that turn up in someone’s house were likely transported by accident, having been living in some produce before it was harvested and brought home. Even when confronted with mild aggression, like poking fingers, black widows will do their best to avoid confrontation, running away or playing dead.

If they do feel threatened sufficiently to bite, there’s a good chance it will be harmless, since producing that venom takes energy, and the spiders have better things to use it on than your finger if a warning bite will suffice. If you are unlucky enough to get a real dose of venom, it’s worth having it looked at by a doctor. While the spiders aren’t looking for excuses to poison you, once you cross that line there may be reason for real concern.

Nasty but not unique neurotoxins

Only mature females carry venom that can pose a health risk to humans. The core ingredient in the venom, latrotoxins, are found in many arachnid venoms, but black widows really make the most of them. A mature female produces the latrotoxin venom in very high concentrations, complimenting it with other toxins to boost its effectiveness. This isn’t because they’re trying to be the scariest spider on the block, but because their prey can sometimes include relatively giant animals, like a small lizard, although they usually stick to insects.

Female black widows do live up to their name, but only occasionally. A courting male black widow will arrive at the female’s web and perform a short mating dance. This is to entice the larger female, but also to prove that the male isn’t just another snack arriving to be ensnared in the web. Sometimes the future fathers are allowed to leave without incident, but often they are captured and eaten, most likely as a rich and handy source of protein. While this may seem like a uniquely gruesome way to start a family, spiders are no strangers to sacrificing their own bodies for the nutritional needs of their young. Spiderlings will also each each other, albeit without a preference for the sex of the sibling.

My first grader asked: So why do they have a red spot?

The famous hourglass marking is likely to warn would-be predators away, letting them know that the spider is carrying venom and may not be worth eating. While this message may get across to some predators seeing the spider hanging upside-down in their web, mud-dauber wasps seem to wave it off, and are one of the main sources of predation.