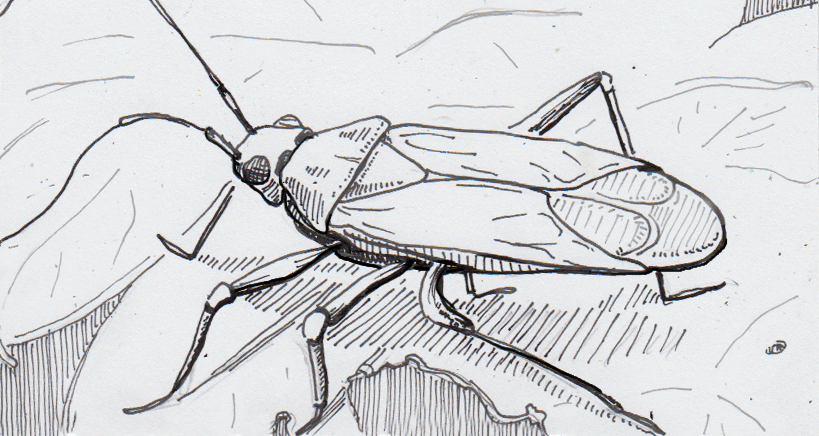 The fierce but faint roars of mirid bugs

You’ve probably never heard of Macrolophus pygmaeus or Macrolophus costalis, but more importantly, you’ve never heard them either. They’ve been found to produce some impressive sounds, comparable to a lion’s roar, but since they’re not normally audible to human ears we’ve been missing some amazing exchanges between these small insectivores. While we’ve now figured out how to listen in, the next step is to figure out how they’re even making these tiny roars in the first place.

Both species are mirid bugs, which live around the world eating things like aphids and whitefly. They save their auditory ferocity for their peers though, with males roaring when a second male turned up on the first male’s leaf. The defending male’s roar almost always elicited a response from the new arrival, suggesting that the two were shouting each other down for either territorial or possibly mating dominance.

While recordings of the roars sound impressively like big cat when amplified, “roar” may be a touch misleading. There’s no hint these insects are opening their mouths to emote, as the sound is actually produced by vibrating the leaf beneath their feet. The sound produced includes a variety of frequencies, helping it carry through the various materials that make up the plant they’re standing on. As such, they’ve only been recorded by placing laser vibrometers on the leaves themselves to pick up the vibrations the bugs are somehow creating.

Source of the sound

There’s still some questions about how they’re doing that. Despite the dramatic output of a bug-scaled roar, there’s no obvious action creating the sound. Unlike a cricket that can clearly be observed rubbing their ridged wings together to produce their distinctive chirps, the mirid bugs sound off without any unusual movements. The one clue is that they seem to need to be in motion to make the sound, but what piece of anatomy is otherwise vibrating has yet to be determined.

Source: Zoologger: The tiny insects that roar at each other like lions by Robin Wylie, New Scientist