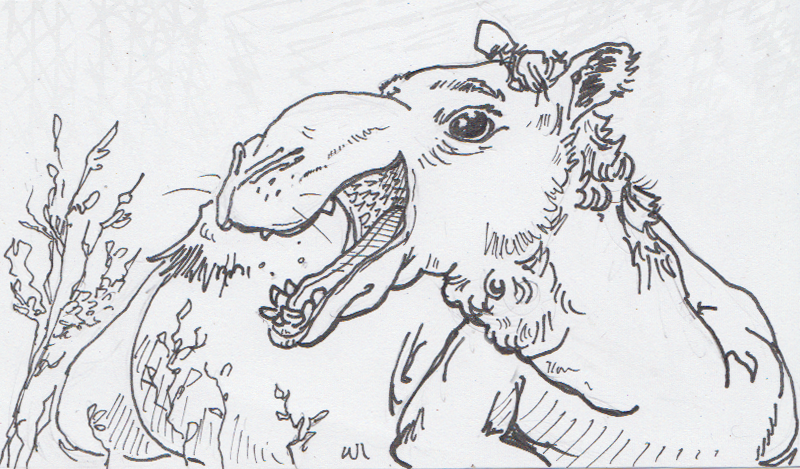 The Menacing (and Functional!) Camel Cheek

You probably don’t want to be spending much time poking around a camel’s mouth for a variety of reasons, but here’s one more. In addition to the nasty canine teeth found on males, camels have impressive collections of papillae in their cheeks.

Papillae are basically structures found that somehow extrude from the surface they grow from. The term is used in many contexts, including functional structures in animal digestive systems. In some cases, like human mouths, they’re small and soft— think of the bumps on your tongue with taste-buds on top. But for a camel, the papillae are large, pronounced and tough, as their function is more mechanical than sensory.

The cone-shaped structures in the camel’s cheeks help direct food down the camel’s throat. Once food goes into the mouth, each point catches it and keeps it from moving back out. As the papillae are sometimes reinforced with keratine, they’re also serving to protect the cheeks from being damaged by the tough, fibrous food in the camel’s diet.

As impressive as these mouth-prongs are, they’re probably not the most impressive papillae in the animal kingdom. Since sea turtles don’t have teeth to manipulate their food, they have spiky papillae going down their esophagus that are so effective that once something goes in there’s nearly no way to get it to come back out (even if it’s a plastic bag.)

Source: Why the Inside of a Camel's Mouth Looks Like a Sarlacc Pit by Erin McCarthy, mental_floss