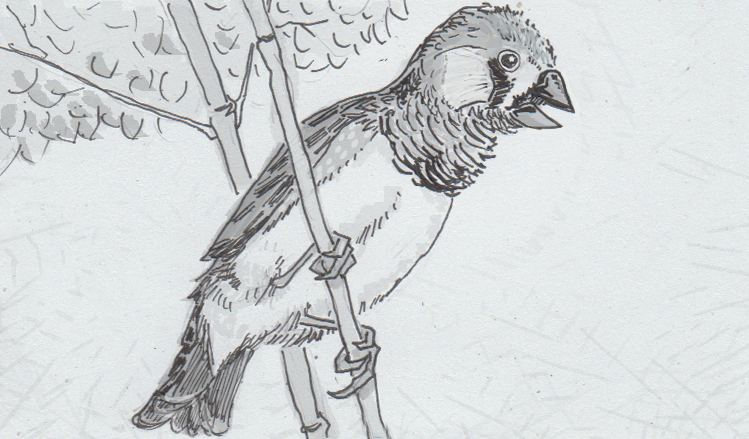 The methods and motivations for springtime birdsongs

While we find singing birds to be pleasant signs of spring, it’s actually pretty serious business for our avian friends. The songs you hear in spring and summer are usually male birds shouting declarations of love and dominance. Later in the year, chicks start calling their parents for help, and by winter the occasional tweets are can be heard to keep a flock together, or share the location of food. Throughout all these high-stake situations, birds somehow find tie to put their own, personal spin on these critical communications, leading to personalized tunes and even regional accents.

How bird brains build a song

To find out more about how birds develop their songs, scientists from MIT looked at the brains of zebra finches (Taeniopygia guttata) as they start learning to sing. Like many birds, finches start their singing career with the equivalent of baby-babble, but within two months of listening to their father’s personal song, they’ll become more sophisticated in their singing. On a neurological level, the birds start forming “protosyllables” by activating neurons in a repetitive sequence. That chain of activity is then split across two batches of neurons, with the second sequence being slightly different than the first. This process repeats, with patterns growing, then splitting off for new variations, until the bird has a repertoire with three- to seven-syllable-long sequences developed.

By the end of this training process, the young bird has memorized a song similar to his father’s favorite tune, but the minor variations created along the way make it unique to the new singer. Once established, the bird will sing this personal son non-stop without really adding new variations. However, in aggregate these changes during development can lead to regional accents, as certain patterns grow on each other in different parts of a species’ habitat.

These months of iteration are necessary because standing out as a good singer is how most songbirds find a mate. Rather than show off a particular crest or tail (usually,) these birds sing to drive other males out of their territory, proving their worth as a potential mate. It opens them up to risk, as it exposes their location to predators and ties up valuable foraging time (although considering the investment female birds make to lay eggs, it’s not exactly an unbalanced system.) Assuming a song successfully catches a mate’s ear, male birds cut back on on their singing as the year progresses, leaving us to listen for the sounds of hungry chicks, shrieking for food, and of course, future troubadours-in-training.

Source: Singing in the brain, Scienmag