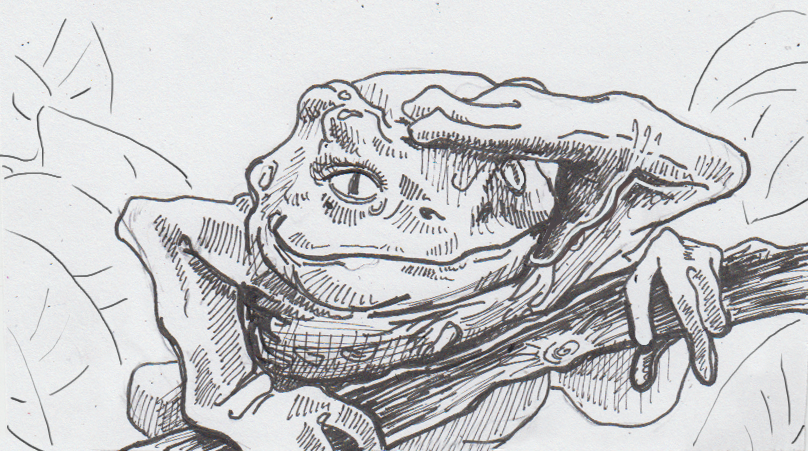 Waxy monkey frogs do their best to live up to their name. The Central and South American frogs live in trees, and thus have traded in some of their more aquatic features, like pronounced webbing between their toes, for more nimble limbs and thumbs, better suited for climbing and gripping. The waxy portion of their name comes from the secretion they use to cover their skin. This isn’t the whole story though, but the remaining details probably wouldn’t fit into such a catchy name.

From aquatic to arboreal

In moving into the trees, these frogs not only gave up their webbing, but also some of a frog’s traditional forms of movement. Rather than hop to move around out of the water, the frogs mostly walk instead, when they’re not climbing. In moving to the trees, the frogs also moved themselves away from amphibians usual nesting environments. As a compromise, they lay their eggs in a folded leaf over water, so that the tadpoles will slide out into the pond once they hatch. Once they mature, they move back up into the trees.

Being away from water this much is naturally difficult for an amphibian, especially considering the long dry seasons where these frogs live. They use their special waxy secretions, a collection of lipids and uric acid, then to seal moisture into their skin, carefully smearing it over every part of their body. Their monkey-like limbs come in handy here, as they are flexible enough to ensure no skin is left exposed.

In some species, like the giant monkey frog (Phylomedusa bicolor), the ‘wax’ is pharmacologically active, at least for humans. Natives of the Amazon basin where the frogs live have been observed purposely rubbing the frog’s wax on fresh burns, and then vomiting, sweating and feeling weak. Once those symptoms passed, they were able to move with increased alertness and agility. That process has been refined a bit, and the active ingredients in the giant monkey frogs’ wax is being used in potential painkillers and microbicides.

Source: The Waxy Monkey Frog is About to Become Your Favourite Amphibian by Rachel Pendergrass, EarthTouch News Network