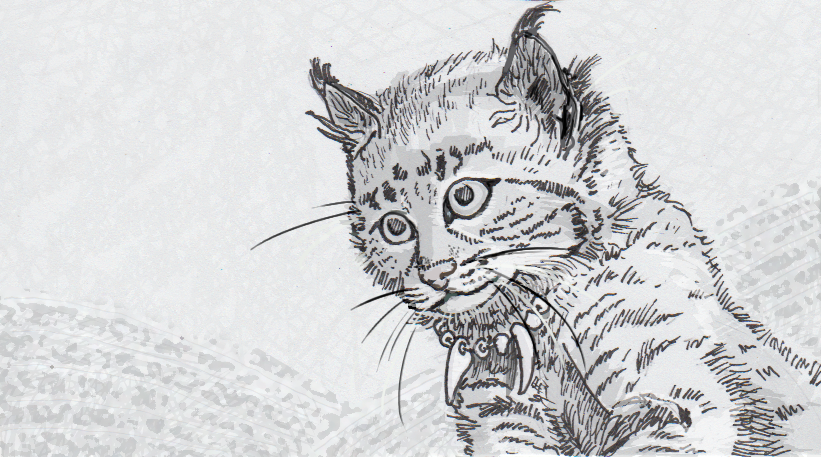 The mystery of the baffling bobkitten burial

Human burial can be a sensitive issue. Concerns ranging from personal wishes of the deceased to long-standing sacred ceremonies might influence how a body is interred. For the Hopewell tribe, some 2000 years ago in what is now western Illinois, a proper burial meant being laid to rest in a funeral mound with one’s family and ancestors. These mounds would often be located near each other, outside of a village, and involved a degree of formality and ceremony in the process. So finding the remains of an adorned baby bobcat in one such grave site has certainly taken archaeologists by surprise.

A bobkitten in a grave is so unheard of, researchers initially misidentified it as a puppy. Dogs were known to be kept as pets by the Hopewell people, although they were never found buried in a family’s burial mound. They were always buried near the village instead. With the additional pressure of clearing the dig site before construction on a new highway began, it’s therefore understandable how a dog seemed like the best guess for this bobkitten’s identity before the excavation had to continue.

Years later, when the dust settled a bit, the skeleton was reexamined. It was likely four to seven months old, and had been arranged carefully in its grave, with paws folded neatly across its chest. It was also found with what had likely been a necklace or collar, decorated with marine shells and bear-tooth pendants. There were no signs of mistreatment or injury, which would have supported the idea of a sacrifice, but it wasn’t buried with other pets, like the dogs either. Taken together, researchers strongly believe that this bobkitten was not really a case of domestication as much as a uniquely tamed animal, possibly carrying some spiritual significance to the family that buried it. It’s not unheard of for orphaned or young animals to be raised in hunter-gatherer societies in South America, so perhaps that is how this bobkitten found itself in proximity to the Hopewell people.

Unfortunately, the big question of what the bobkitten represented to the people around it. In addition to the difficulty of explaining what may have been an isolated incident, the museum that holds the remains is now in danger of closure thanks to budget cuts. The only other takeaway at this point is that no, kids, we cannot get a pet bobcat. Sorry.

Source: Ancient bobcat buried like a human being by David Grimm, Science Magazine