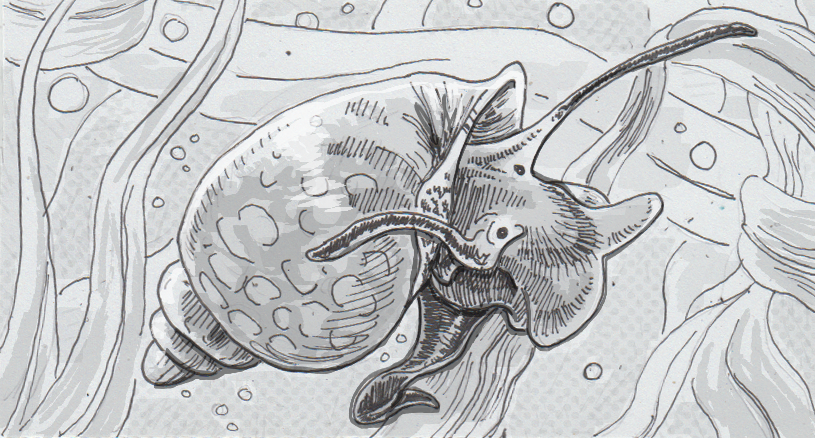 The sex and social lives of solitary snails

One of my neighbors has, up until yesterday, a pet beta fish accompanied by a freshwater snail. As of yesterday, however, they became owners of a pet beta fish and around 30 to 50 snails. What had seemed like such a stable little ecosystem suddenly burst with life, leaving some questions about just where all the baby snails came from.

While we’re not entirely sure what species of snail is in the aquarium, it’s quite possible that it’s a hermaphrodite, producing both sperm and eggs. These snails still try to mate with other snails, which is better for their genetic diversity, but if it looks like no eligible partners are around, they can fertilize their own eggs in a pinch. They’re actually rather cautious about this, and will apparently even weigh the odds of their own mortality when deciding when to reproduce asexually.

A chance to leave a legacy

An experiment with Physa acuta snails found that while some lone snails would wait for a mate for months, adding the scent of a predator to their water would spur them to reproduce much sooner. This altered timeline is presumably a reaction to the expectation of a shorter life, and the snail avoiding missing their chance at reproduction altogether. Interestingly, the offspring of such fearful parents didn’t show as many negative symptoms of inbreeding as usual, with higher survival rates.

Outside of a fear of predatory crayfish, a snails’ tolerance for solitude may also be influenced by its upbringing. Wild snails, which rarely encounter each other in the outside world, don’t seem to mind being placed in an aquarium by themselves, showing little change in their behavior. Snails raised in captivity, however, are more likely to grow up in a pile of their neighbors and kin, and so when placed in aquariums on their own, there’s more a disruption to their lifestyle, and they show signs of stress in their behavior, such as poorer memory formation. While other animals, like mice and fish were known to behave similarly, the social expectations of invertebrates like snails have often been overlooked.

My neighbor’s snail family might not have been spawned from any sense of dread or panic, however. At this point, my first grader informed me that there were two big snails in the aquarium before the baby bonanza, which might mean that the couple mated in a more traditional (ie, sexual) manner. However to keep it interesting, both of the parent snails are likely to be both a proud mother and father simultaneously. Mazel tov!

Source: How do freshwater snails have babies? by Amanda Maddox, Demand Media