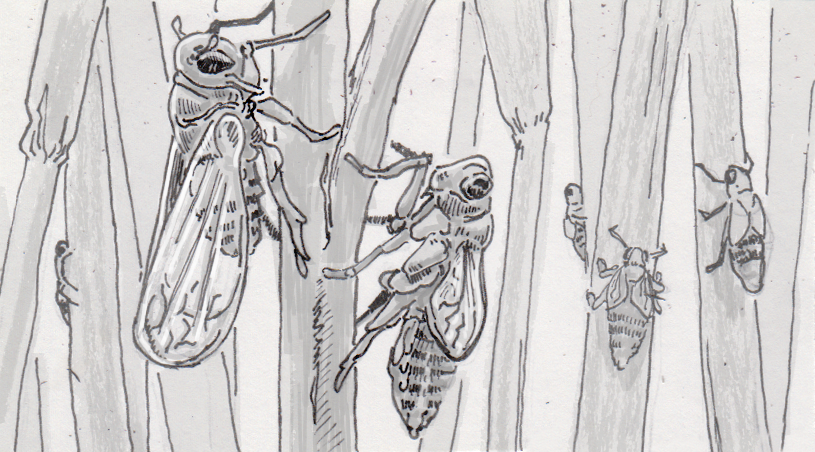 As a human, I know that eating extra sugar in my diet will generally only help me produce extra fat on my body. There’d be some neurological pleasure associated with eating the sugar, but once I covered my caloric needs for the day, I wouldn’t gain anything more interesting than a bit of pudge around my waistline. As unglamorous as that is, it’s even worse when you compare it to what brown planthoppers (Nilaparvata lugens) do with their extra sweets— instead of getting fat, these small insects turn their extra sugar into longer wings, allowing them to travel to new homes when their plant of origin has been depleted.

Soaring when things get sweet

Strictly speaking, it’s not that the planthoppers need sugar to grow wings, but that the sugar is a signal that it’s time to migrate to a new plant. Unlike humans and other mammals, the planthoppers aren’t actually terribly interested in consuming sugary glucose from the rice plants they live on, as they’d rather chow down on amino acids. As a rice plant ages, it produces fewer of the planthoppers’ favorite proteins and more glucose, which the insects apparently use a signal that it’s time to move on to a new edible home.

That migration isn’t easy though, and only a subset of planthoppers will ever be capable of moving on. This is because planthoppers can grow into one of two body types by the time they reach adulthood; they can either have stubby wings but large, productive ovaries or they can have longer, flight-suitable wings and smaller ovaries. Researchers only recently confirmed that the insects’ glucose consumption was the key factor in which body type was each bug ended up with. In fact, planthopper anatomy is so tightly controlled by glucose that injecting the young insects with glucose could get them to grow larger wings, even if they were raised in a lab without rice plants at all.

Wings at the wrong time?

Of course, none of this was being investigated to help the planthoppers. The insects are considered pests, as they consume large amounts of rice needed for human consumption, and so the hope is that understanding exactly how they mature into a winged form will help people devise a way to control their proliferation. Since a planthopper can’t reverse its growth once it’s started down one path or the other, researchers are looking for a way to use the bugs’ specialization against them. If they could be exposed to extra glucose, for instance, they might be spurred to migrate and reproduce less, sparing plants from being completely consumed. Or if the glucose could somehow be repressed, they might end up staying on an older plant long after its amino acid supply had been depleted.