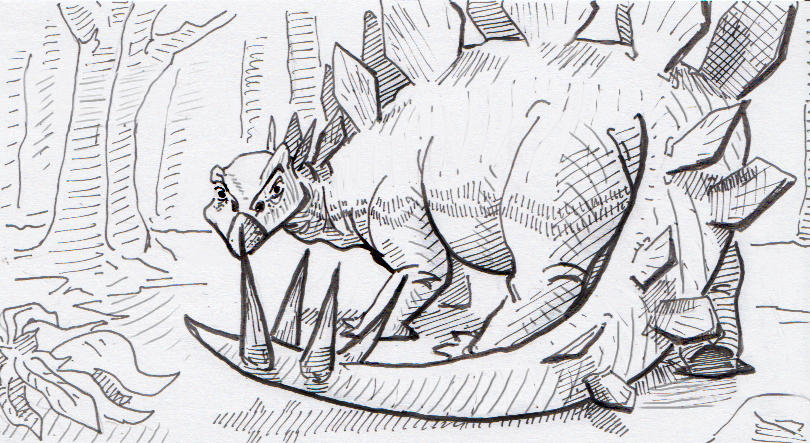 The virtues of a good thagomizer

As if thagomizers weren’t already cool, we now have indirect evidence that they were versatile and highly effective.

A huge, cone-shaped stab wound was found in an allosaur, most likely from a tail-strike of a stegosaur. The wound looks to have become infected and most likely proved fatal to the allosaur, which is impressive on it’s own.

The location of that wound is important too: the allosaur’s pubis bone, indicating that stegosaur tails were very flexible and dexterous.

“They have no locking joints, even in the tail,” Bakker explained. “Most dinosaur tails get stiffer towards the end.” But stegosaurs had massive muscles at the base of the tails, flexibility and fine muscle control all the way to the tail tip. “The joints of a stegosaur tail look like a monkey’s tail. They were built for 3-dimensional combat.”

The strike in this example would have required some sophisticated maneuvering, coming from under the allosaur while twisting. “That would have been well within the ability of a stegosaur, Bakker said.”