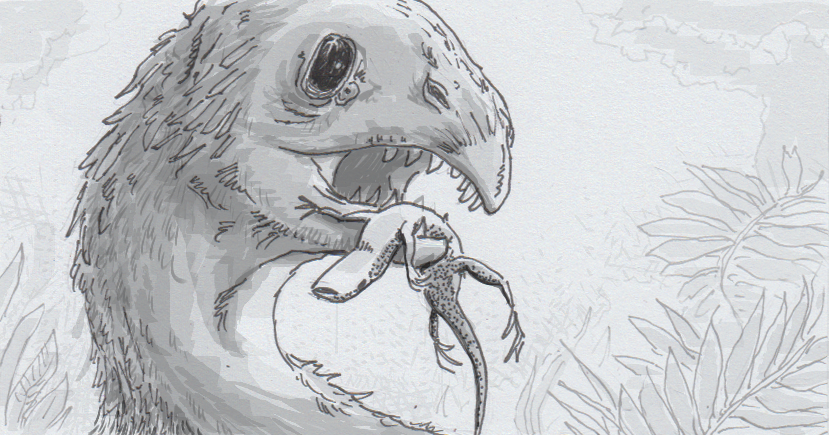 Theropod dinosaur discarded its dentition as it developed into adulthood

A small theropod dinosaur found in China has been found to take the term “baby teeth” very seriously. While most animals have some mechanism to replace their precious chompers at least once in their lives, tooth loss was a permanent lifestyle change for young Limusaurus inextricabilis. In a first for the fossil record, paleontologists believe these lost their teeth once as they matured into adulthood, at which point they had to rely solely on their beaks to eat.

Growing from prey to plants

The first step in piecing this species together was figuring out that the young and the old animals were in fact the same species. In many animals, teeth are so specific that they’ve been used to identify what kind of animal a fossil was, even if most of the skeleton was otherwise missing. From that starting point, researchers initially thought they’d found skeletons of two different species. After eventually finding 13 specimens of different ages, they realized that L. inextricabilis was one animal that simply had a big shift in its diet as it aged.

Since the various ages’ teeth weren’t consistent, researchers turned to oxygen and carbon isotopes captured in the fossils. Different concentration of these isotopes are known to correspond to different food sources, which revealed what L. inextricabilis ate at different ages. According to this analysis, they started life eating a lot of plants, presumably thanks to being fed plants by their parents. Once they were more self-sufficient, they added meat to their diet, probably focusing on smaller lizards or mammals. As adults, their toothless beaks weren’t too good at chomping prey, and so they transitioned to completely herbivorous diets, probably browsing softer plants like ferns and leaves.

L. inextricabilis isn’t the only animal known to give up their teeth as they mature, but it is the first dinosaur. While platypuses and some fish and amphibians also give up their teeth as they age, seeing this cycle in a theropod may have special implications about the evolution of modern bird beaks. Since modern birds are decedents of theropod dinosaurs, this kind of incremental change may be a model for how that lineage gave up teeth altogether.

My second grader asked: How did they eat plants once they had no teeth for chewing?

Modern herbivorous birds use their beaks mostly on softer plants or seeds. Leaves, fruit and flowers are all a bit easier to mush up than the woodier plants that require molars. Beyond picking their greens carefully, adult  L. inextricabilis also added rocks to their diets, which functioned as gastroliths in their stomachs. This would allow for some secondary “chewing” that their beaks couldn’t handle.