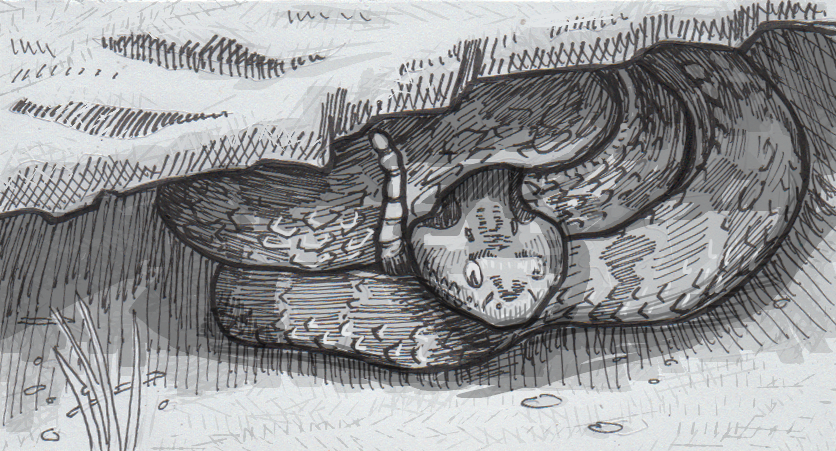 Isolating a batch of timber rattlesnakes on an island, away from human populations, would seem like an easy thing to accomplish. The island, while accessible to the mainland by a narrow access road, is in the Quabbin Reservoir in Massachusetts, and thus won’t be accessible to casual visitors, leaving the snakes in peace to try and stabilize their dwindling population. However, it seems that the thought of snakes, much less venomous snakes, is just too much to handle for many people, who are worried that this plan will become a danger to the public. Aside from exaggerating the risk to humans, these fears overlook some crucial benefits of a healthy snake population, such as improvements in human health.

Timber rattlesnakes (Crotalus horridus) are native to much of the eastern United States, even being represented on the Gadsden flag from the Revolutionary War. Despite growing to nearly five feet in length, they’re considered to have a reserved temperament, doing whatever they can to avoid confrontation with larger animals like humans. In Massachusetts, the snakes further avoid human contact thanks to their lengthy brumation period in the winter, which is similar to hibernation with occasional activity to re-hydrate. When they are active and hunting, timber rattlesnakes feed primarily on small mammals, but will also dine on available birds or frogs.

Needed in their niche

The snakes’ diet is actually quite beneficial to humans. While many people associate deer with ticks and Lyme disease, small mammals like mice and rabbits are also a key point of nourishment and transportation for disease-carrying insects. In areas with healthy snake populations, these mammals, and therefore ticks, are kept in check, reducing the chances of human exposure to Lyme.

Despite their reclusive nature, dormant winters, and ability to aid disease control, timber rattlesnakes are still seen as a threat by many people. In some cases, this may be due to a lack of accurate information, such as with people assuming hundreds of snakes being dumped in the Quabbin Reservoir at once. Some fears are partially justified, as the snakes can swim, and do have venom that requires immediate medical treatment after a bite, even if these occurrences are extremely rare and usually require a degree of provocation from the humans involved. But some people’s fear of the timber rattlesnakes reintroduction is likely deeply rooted, bordering on a phobia of the slithering reptiles. Many people have visceral fears of snakes, possibly dating back to earlier primate ancestors and shaping our species’ vision. As such, it may be hard for the Fisheries and Wildlife services to really convince the public that they won’t be at risk from 10 young snakes finding their way at their new home.