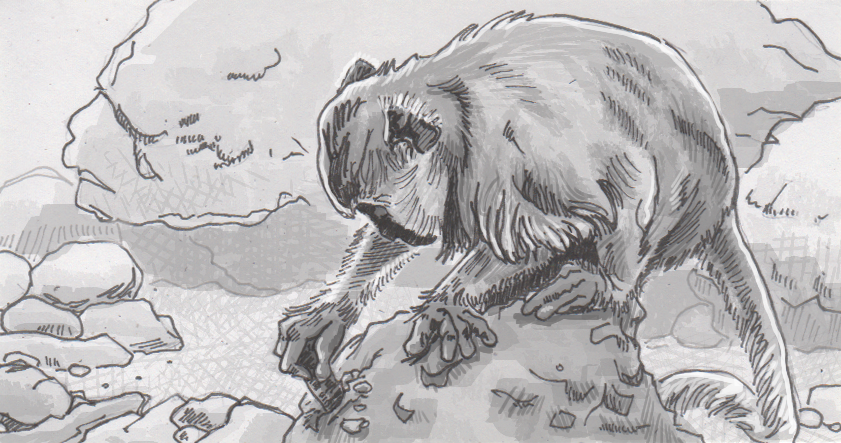 Tool-wielding monkeys are reshaping their local supplies of shellfish

A macaque monkey, like a human, doesn’t have the anatomy to pry open an oyster on its own. As nimble as our primate fingers are, they’re just not suited to opening these shellfish… unless they’re being used to hold a tool. Humans have created a lot of tools for this task, but macaque monkeys on NomSao and Koram, islands off the coast of Thailand, have shown you only need some rocks and know-how. Scientists following these monkeys have found that they’ve become quite adept at cracking open a variety of shellfish, with a single monkey consuming as many as 40 pieces of seafood a day. As humans (sort of?) know, that efficiency comes with a cost though, leaving the monkeys at risk for eating their favorite foods into oblivion.

Long-tailed macaque monkeys (Macaca fascicularis) are one of the few species of primates that use stone tools to help them work. While many animals use twigs and plants to help obtain resources, stone tools are of particular interest because of their durability, and their the parallels to early hominid tool creation. We’ve found examples of stone tools from generations ago, and eyewitness reports assert that these Thai monkeys have been using tools for at least 120 years. Researchers wondered if that was enough time for the monkeys to reshape their ecosystems like humans do, if on a smaller scale.

Obviously, researchers couldn’t go back in time to see the first day a monkey wielded a stone to crack open an oyster. Instead, they followed a larger population of monkeys on the island of Koram, and a smaller group living on NomSao. Both groups of monkeys used rocks to break open their shellfish, so the key point of comparison was population size. If tool-using monkeys were making an impact on their favorite foods, that impact would be magnified by more monkeys.

This hypothesis proved true. NomSao had larger shellfish populations than the monkey-dense island of Koram. What’s more, the oysters, snails and other morsels were generally smaller on Koram, which is likely an effect of the monkeys’ targeted predation. If a smaller oyster is less likely to be munched by a monkey, then smaller oysters are more likely to survive and reproduce, eventually reducing the average size of these animals.

The monkeys may end up dealing with reductions of their own. If the shellfish are no longer abundant or big enough to be worth feeding on, the monkeys may have to find food elsewhere, abandoning their seafood diets. Researchers aren’t worried that the macaques will starve, but are curious about their tool use. Without reinforcement, or a way to preserve their techniques in writing like humans do, there’s a chance the monkeys will essentially forget their Stone Age advancements. That wouldn’t mean that tastier shellfish might rekindle the use of rocks in the future though- a separate study watching macaques found that they developed techniques to crack open oil palm nuts in less than a generation, as the nuts have only been in their area for 13 years.

My four-year-old asked: If the monkeys can’t eat oysters, will they eat bananas?

They might. Long-tailed macaques will eat just about anything they can, with fruits and seeds making the bulk of their diets. Thailand has a few different types of bananas, and while they don’t necessarily look like what turns up in western grocery stores, the monkeys probably still enjoy them from time to time.