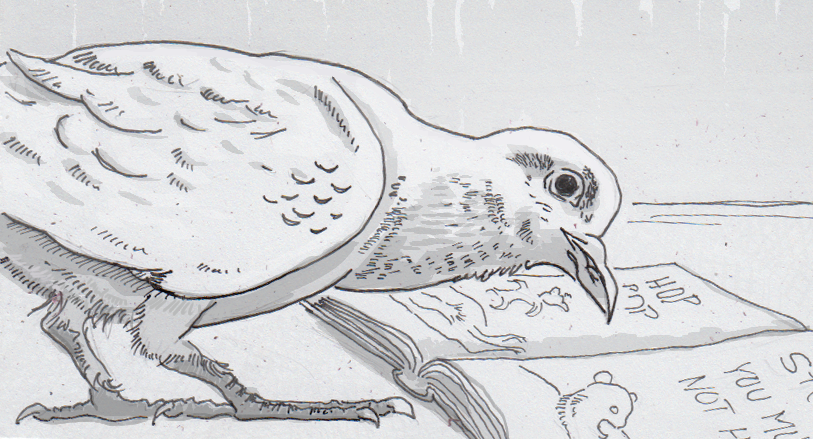 For all the flash cards and phonics lessons, we may have overlooked a much simpler way to teach our kids to read. Sure reading with your kids is nice, but it looks like bits of food automatically served for correct responses can work wonders, most recently teaching a handful of pigeons to read. The birds were carefully selected for this task, and they didn’t necessarily get tested on their reading comprehension, but even being able to parse lists of words is pretty impressive. Or maybe it’s just a sign that the birds have a working visual word form area in their brains.

Despite my hopes for snack-based pedagogy, the real focus of this study was to learn more about how brains understand visual information. To start, researchers started training 18 pigeons to analyze four-letter words. To do this, they would serve the pigeons a piece of wheat whenever they would peck a word in front of them. To complicate things for their brightest students, pigeons were also shown jumbled letters, like “vrey” instead of “very,” in order to see if they could appreciate the idea that the familiar letter shapes needed to be in a specific order. When pigeons were shown a garbled word, they were to peck at a “star stimulus,” demonstrating their recognition and earning another wheat snack.

Who can learn letters?

The top four pupils did quite well. One bird learned to decipher 26 words, while the class valedictorian managed to lean 58. Again, this doesn’t mean the pigeons attached other meaning to any of these bits of visual stimuli, but they were actively parsing the spelling of each word. This kind of visual decoding in humans is handled by our working visual word form area (VWFA,) which helps us quickly recognize words as we see them.

Since written words are a new invention relative to the age of our brains, scientists wondered how flexible these structures would be in animals that hadn’t recently dedicated them to literacy. The pigeons’ success indicates that the VWFA in animals’ brains can be very adaptable in a short time. It also indicates that visual parsing of information like words isn’t some specialty that comes with being a primate, as these birds actually outperformed baboons at this kind of task.

Now if you’ll excuse me, I need to contact my child’s teacher about replacing some of the reading curriculum with M&Ms.

Source: Pigeons Can Kind of Read by Eve Peyser, Gizmodo