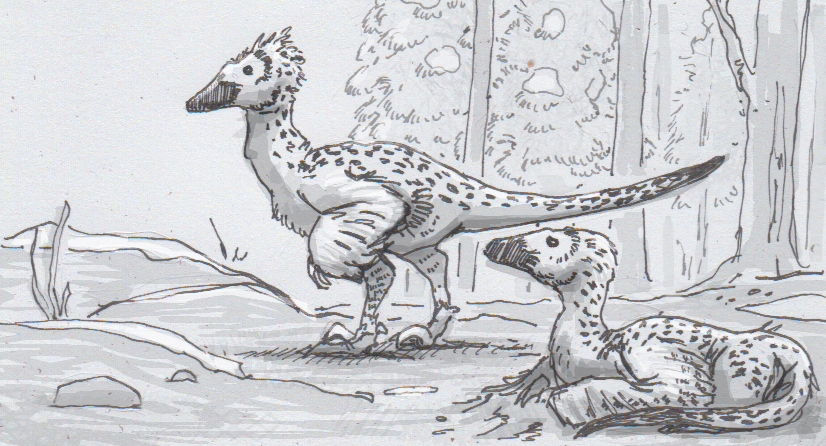 The tremendous Troodons found in the Alaskan tundra

I know there’s little logic in pointing out inaccuracies in a kids’ show that involve dinosaurs traveling through time on a magic steam train, but I assure you the following critique is more about a missed opportunity than concerns over continuity or the suspension of disbelief. In one of the many episodes of Dinosaur Train my second grader enjoyed when she was younger, the Pteranodon family traveled to the North Pole where they met some local Troodons, as well as a Sauronitholestes. The fact that these dinosaurs were depicted as successfully living in the dark, snowy climate isn’t a problem, nor are references to both species being warm-blooded as a way to deal with inclement weather. The problem is that the northern troodons were, Canadian accents aside, basically twins of their southern relatives, when in reality they should have been twice their size. At least according to their teeth.

Alaska during the Cretaceous period was actually home to quite a few dinosaur species. From large herbivores to multiple predatory theropods, the ecosystem had a considerable amount of variety, especially since the climate had a lot of seasonal variability that may have been hard on some animals. Whether it was their large eyes well suited for dark conditions during the winter or their omnivorous diets, troodons seemed to thrive in this environment. While the lithe theropods can also be found further south in places like Montana, they turn up in much greater density in Alaska’s Prince Creek Formation, constituting two-thirds of all the specimens discovered there thus far.

Aside from some fragmented bones, such as two braincases, most of these bits of Troodon have come in the form of teeth. Like their Southern relatives, the teeth are bulbous with a slight curve to them. They also have small denticles, or serrations, on the front and rear edges, which probably allowed them to cut through whatever prey they were catching. Importantly though, those teeth are generally two-times the size of those found further south, suggesting that Northern troodons were relatively huge, growing 13.5 feet long and standing around six-and-a-half feet tall.

Scaling up from sharing less?

These larger troodons probably weren’t the Tyrannosaurus rex of their neighborhoods, but their size is noteworthy. The local tyrannosaurus, Nanuqsaurus, were generally smaller than their Southern brethren, which suggests that something special was happening with the Troodons. One hypothesis actually ties their size back to their large portion of the overall population. With teeth that seemed to target the same types of food as Southern relatives, it’s possible that Troodon’s dominance over the ecosystem meant that they faced little competition from other predators, like Nanuqsaurus or Dromaeosaurus. The fauna of Alaska was basically theirs to eat, and they flourished in taking advantage of that niche. Perhaps if these details had made it into that episode of Dinosaur Train, my second grader would remember it as well as I do.