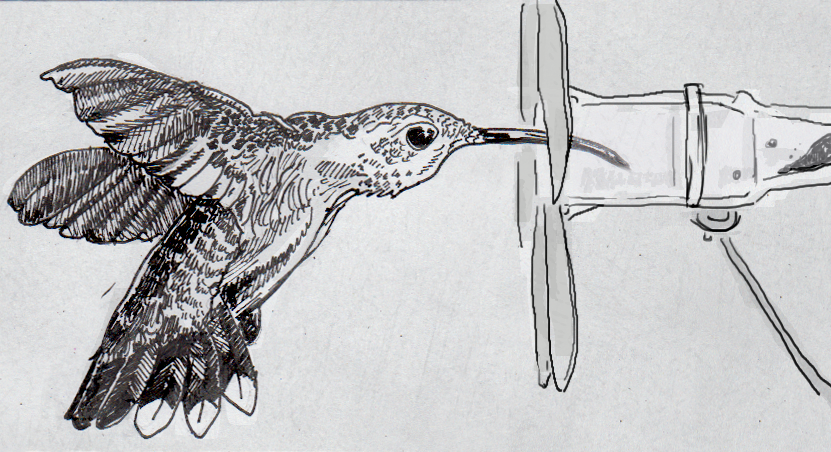 The truth about hummingbirds’ tubular tongues

In many ways, hummingbirds are the bird equivalent of a high-performance sports car. They look amazing, have incredible speed and unmatched maneuverability. However, this performance comes a prices, and these birds guzzle fuel at incredible rates, needing to consume up to three times their own body weight in nectar every day. Those kind of metabolic demands don’t leave you much time to linger on a meal, which is why researchers were recently questioning long-held assumptions about how hummingbirds actually eat.

Early studies of hummingbird feeding focused on the shape of the birds’ tongues. The long, thin tongues are forked, with each side curled up like two, parallel drinking straws. The tiny openings were assumed to be conducive to capillary action, wherein nectar would be wicked up the tongue to the mouth. The problem was that eating this way would be very slow by hummingbird standards, and so researchers decided it was time to get some direct observations of what these tongues are actually doing.

To observe an animal that can lick a flower 20 times per second, high speed cameras were needed, as were some artificial, transparent flowers. Eventually, 18 species of hummingbird were filmed feeding from the clear flowers, and researchers could see what they were actually doing with their tongues to get nectar. Videos revealed that inward motions flatten the tube-structures, squeezing trapped nectar into the bird’s mouth. As the tongue goes back out, the tubes open up again, drawing up another dose of liquid. If a human using a drinking straw can be considered a basic pump, hummingbirds are using two, very fast micro-pumps to quickly get the desired sugar from each flower they visit.

Aside from setting the record straight on a mechanism that’s been misunderstood for over 150 years, this information will help us better estimate the ecological impact on hummingbirds. It can also help our understanding of other long-tongued birds, as well as inform human engineering efforts.