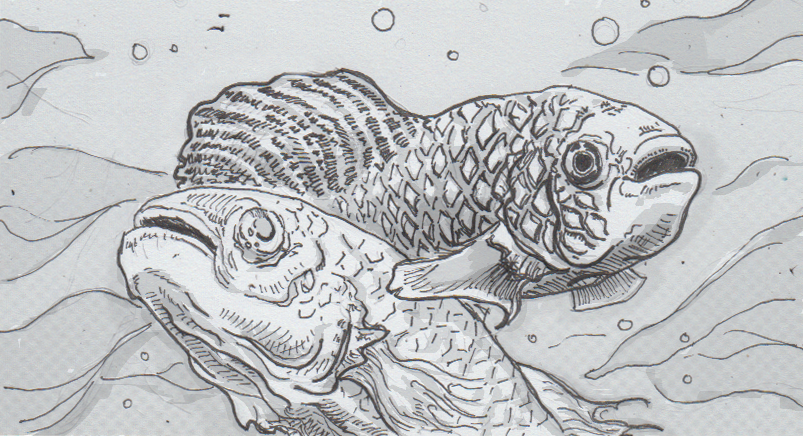 While weather and shifting climates force some animals to migrate in search of more hospitable environments, waiting for nice weather is especially tricky if you’re a freshwater fish. Migration isn’t really an option for animals that live in temporary watering holes, which for the turquoise killifish (Nothobranchius furzeri) means figuring out a way to wait until conditions improve. Or at least their offspring wait, since the adults never live more than a few months, ensuring that one rainy puddle is all they’ll ever see. That and the inside of laboratories, because it turns out scientists love these little guys.

Dying quickly, but not early

The rainy season in the killifish’s native African habitats go from December to April. The fish then have just a few months to hatch, grow up and reproduce before their home dries up for the rest of the year, assuming the weather is being cooperative. To fit an entire lifespan into four months means that the fish reach sexual maturity in just three weeks so that they have time to get some fertilized eggs safely in the mud, where they can lie dormant in the dirt, even after the water has dried up. Interestingly, adult fish don’t get to enjoy their youth (which you could argue was mostly spent as a dormant egg) up until the end of their lives when the ponds dry up. Instead, their bodies live a full life, complete with symptoms of old age like fading coloration and slower cognition. You could say they live a full life, just on a compressed timeline.

The fact that turquoise killifish age so quickly, rather than die in youthful bodies, is why scientists have been raising them in labs. As with many other biological investigations, studying the physiological mechanisms of how aging works often makes use of animals as models. To study aging, however, requires waiting for the animal to actually grow old, which makes certain staples of biology labs, like mice, harder to work with. Waiting for a mouse to reach it’s natural expiration of three to four years can complicate an experiment, so they’re not ideal for this kind of work. Other animals do have shorter lives, such as three-day-old gastrotriches or one-day-old mayflies, but insects aren’t a great model if your real goal is helping humans. The killish, living a few months while still being vertebrates, put them in a sort of sweet-spot for lab work, which is why so many fish aren’t having to sit dried-out in the mud anymore.

A lot of the work using killifish involves understanding what role their genes play in the aging process. Certain lineages have already been found to live slightly longer lives, confirming specific genes’ roles in setting animals’ lifespans. Some of these genes are known to be found in humans, although they might not function in exactly the same way in our genome. You can actually browse what we know of their genome at their own website the African killifish genome browser, or take a look at the Nothobranchius furzeri Information Network. Not bad for a bunch of four-month-olds.