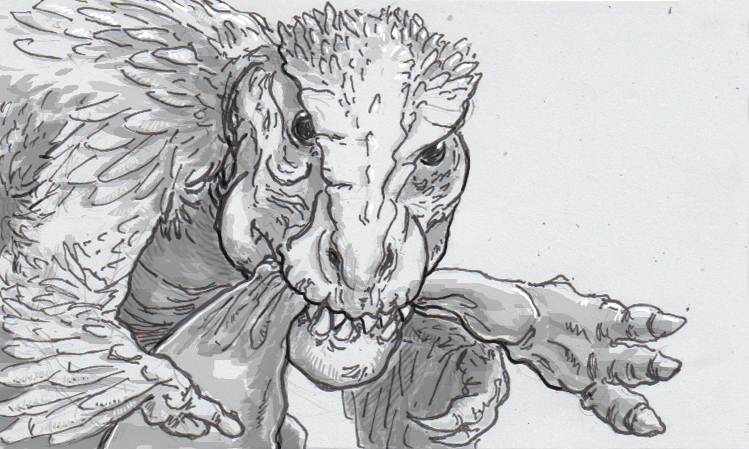 Tyrannosaurs had stronger bites thanks to their solidified snouts

I don’t bite through many bones bigger than a fish’s rib, despite the fact that the enamel on my teeth makes them harder than bone. It’s not just that my dentist has tried to warn me off bad habits like chewing ice cubes, but also that the human jaw just doesn’t seem built for chomping through a thigh bone of nearly anything. A recent study of tyrannosaurs, as history’s premier biters, suggest that I’m laying unfair blame on my mouth though. Really the deficiency with my chomping might be with my nose.

Most of our nose is shaped by cartilage, but there are still two nasal bones under the bridge of your nose. In primates, these bones are pretty small, but in many other creatures these bones are the basis of snouts and beaks. Depending on the shape of one’s skull, biting something hard, like a bone, can send a lot of force upwards to these nasal structures, causing them to shift and flex, absorbing some of the bite’s strength. To measure how much of a difference nasal bones could make, researchers from the University of Alberta made CT scans of various theropod skulls, then ran simulations to see exactly how each species chopped up its food.

Tyrannosaurs were, as one might expect, exceptionally well-suited for big, powerful bites. Aside from their teeth and jaw muscles, the fact that their nasal bones were fused into a single piece made a real difference in how much of the energy from each bite was directed into their food. Their immense bite could channel this force into breaking the bones in their meal, rather than the bones in their skull. This innovative anatomy was even more important than the size of the predators head overall— medium-sized T. rex’s could bite harder than a larger Carcharodontosaurus saharicus, which still suffered from shearing nasal bones when exerting force.

Other measurements from these simulations seem to just reinforce the notion that tyrannosaurs were super-hero-grade predators. In addition to their superior nose bones, the researchers also calculated that a T. rex could snap its head to a 45° angle in under a second, enabling it to toss 110 pounds of mass 16 feet into the air. Their lower jaw muscles would have also allowed them to close with the equivalent force needed to lift a semi-trailer. Hopefully these video games, er, simulations are made available to the general public at some point, so we can all play with some virtual meals we’ll never be able to bite ourselves.