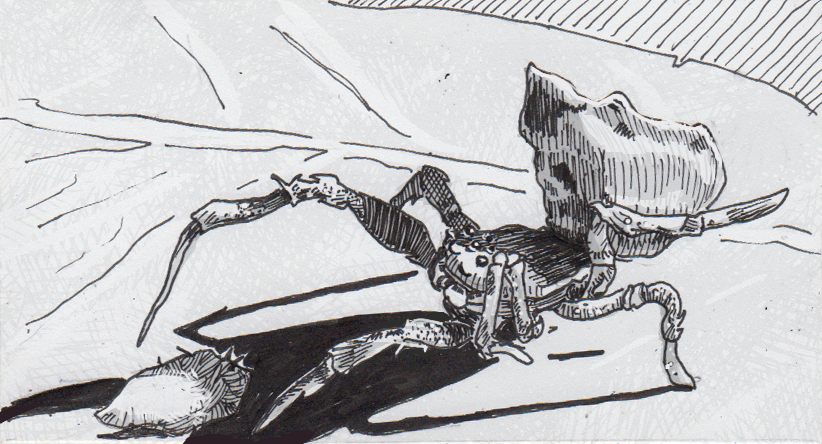 Spiders are a bit like Taco Bell. They take the same limited menu of options and repurpose them, allowing for greater variety that you would think possible. For Taco Bell, this leads to innovations like double-decker tacos. Spiders, more impressively, come up with webs that can be used as flotation devices, passively capture prey or be actively launched at the spider’s next meal. In some cases, spiders have upped the difficulty by removing standard items from their toolbox. In the case of uloborid spiders, that means coming up with a way to hunt with no venom to immobilize their prey.

While spiderwebs often, but not always, help capture prey, they can’t actually get the would-be meal ready for dinner on their own. Venom is usually injected through the spider’s fangs to paralyze or kill the bug. Some digestive enzymes are then injected to begin liquefying the soft tissues inside the prey so that it can be sucked up and eaten. But without the initial venom, uloborid spiders have an uphill battle, especially when they’re trying to subdue something like a tipulid fly, which can be larger than the spider itself.

Uloborids, like Philoponella vicina, deal with this with yet another use for webbing, turning it into a lethal bug compactor. Spending over an hour on one meal, P. vicina has been observed using over 260 feet of silk to cacoon its prey. This isn’t just to glue it in place either. As the spider wraps, it goes from extremity to extremity of the prey, slowly tightening the pouch of webbing and crushing the bug inside. By the end of the 28,000 wrapping motions, the prey may be compacted to a size smaller than just one of its legs.

Stress from the strongest of silks

This process takes advantage of spider silk’s amazing strength. For its size, the silk is stronger than steel, allowing it to exert pressure on prey without tearing first. While a spider like P. vicina only weighs 14 milligrams, the tension from the strong silk creates more than the 360 milligrams necessary to smash a fly’s exoskeleton. While it seems like the fly should be sufficiently pulped by the end of this process, that’s apparently not the case. The spider will still excrete digestive enzymes on the bundled bug, but in such compact form, much less is needed, and more can seep into breaks in the shattered carapace. Presumably this energy savings helps make up for all that extra webbing and weaving.

Source: The spider that crushes its prey with 140 metres of webbing by Ed Yong, Not Exactly Rocket Science