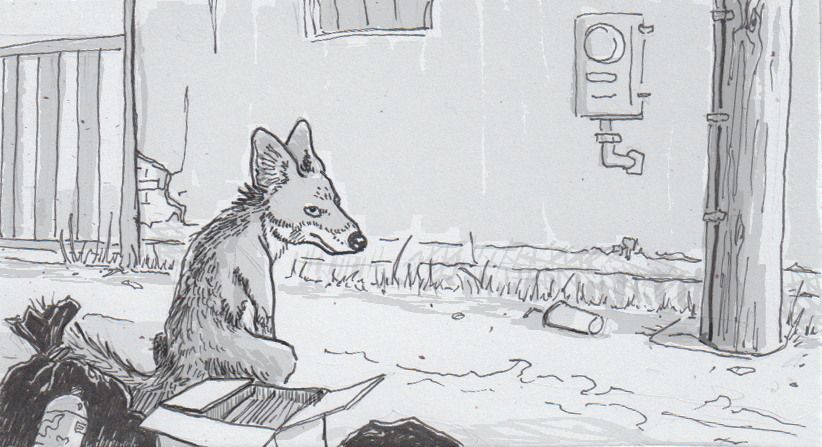 It may not be the most glamorous bit of citizen science, but volunteers in the Los Angeles area attending Coyote Scat Dissection Parties are helping collect important droppings, er, data about their local ecology. Led by the National Park Service, people from all walks of life have helped gather and later analyze the poop left by these wild canids in their neighborhoods. The project hopes to not only establish a record of what coyotes are up to, but also get some of the scat-sifting volunteers to evangelize on behalf of coyotes in general.

The parties don’t involve cake, unless a coyote ate some at some point. Instead, collected dung is gathered, baked to kill off parasites, and dried to make it easier to work with. Then volunteers are guided by Park Service staff on how to dismantle each piece of feces, sorting and identifying the bits and pieces of food that the coyote didn’t really digest. Similar to what gets coughed up in an owl pellet, the items durable enough to survive a digestive tract are things like seeds, claws, bones, feathers, bits of fur and on at least one occasion, pebbles. This is all logged and compiled into larger data sets that can help track coyote populations in the Los Angeles area.

Since starting last year, the volunteers have brought in over 1,300 pieces of poop and photos of coyotes, in addition to logging many hours Park Service staff otherwise wouldn’t have to dig through all the dung. It’s well known that coyotes are surviving in the suburban and urban environments of Los Angeles, but there are still a lot of unanswered questions about how the animals manage. Figuring out what the coyotes are eating, where they’re roaming, and more will help with wildlife management policies. Identifying what resources coyotes depend on in an urban environment may also help with other wildlife in the area, like bobcats.

It’s also important to discover what’s not turning up in coyote scat. While a coyote is quite capable of eating a pet cat, volunteers are discovering just how infrequent such occurrences are. Instead of feline friends, most coyote poop is more likely to turn up with evidence of rabbits, mice, gophers and even fruit that’s fallen off of trees in people’s backyard. As volunteers deepen their understanding of how coyotes function in their local neighborhoods, they can carry the message that the nocturnal canines don’t pose a huge a threat to humans, and may even help keep pest species at bay.

Source: Ordinary people are exploring the secret lives of coyotes — through poop by Adam Popescu, The Washington Post