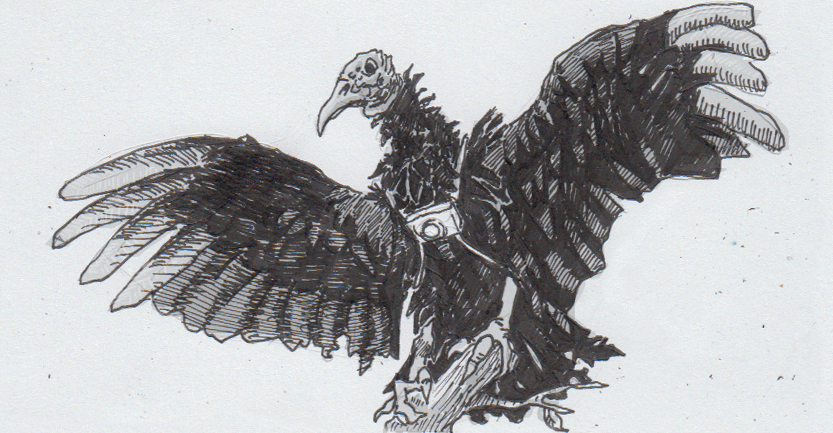 It might seem odd to build a public awareness pitch around animals normally thought of as ugly, scavenging, and associated with death, but dark times sometimes call for darker heroes. Residents of Lima, Peru are being introduced to birds of the “Gallinazo Avisa,” or “Vultures Warn” campaign, which is an effort to get people to become more active about managing their overwhelming waste. The vultures are then positioned as the front line in this battle against garbage in one of the more polluted cities in Latin America.

A cornerstone of Vultures Warn is some dramatic videos and imagery, presented in a tone reminiscent of wartime propaganda. The vultures in the video narrate how they’ve helped keep waste at bay for thousands of years, eating and removing waste and bacteria that humans would rather not acknowledge. A particular team of the black vultures (Coragyps atratus) has then be specified as a sort of anti-garbage vanguard, complete with illustrated posters depicting each bird gathering trash. These vultures are more than just pretty, bald faces though. They’re also outfitted with solar GPS units and cameras, which are then broadcasting to a public website. People can log in and see the live activity of each bird, as well as report their own garbage sightings.

Beyond the scavengers’ sightings

Vulture’s scavenging gives them obvious connections to piles of decomposing organic matter, although in Lima you don’t need their specialized eyesight or smell to locate pollution. The city of nine million generates eight thousand tons of trash a day. This is less than New York City, which has a similar population, however waste isn’t managed as well in Lima, leaving large amounts of it in the streets and waterways.  Even though residents of the city won’t be able to immediately get the 80% of trash that’s basically abandoned into proper landfills, the vultures are pointing out that these conditions need to change, and the people shouldn’t ignore the garbage any longer.

While the long-term payoff of Vultures Warn remains to be seen, it does seem to be raising the status of the birds themselves. People can meet the birds at the Lima zoo, and the public seems to be gaining a new appreciation for them as part of the local ecosystem.

Source: The Garbage-Fighting Vultures of Peru by Linda Poon, The Atlantic