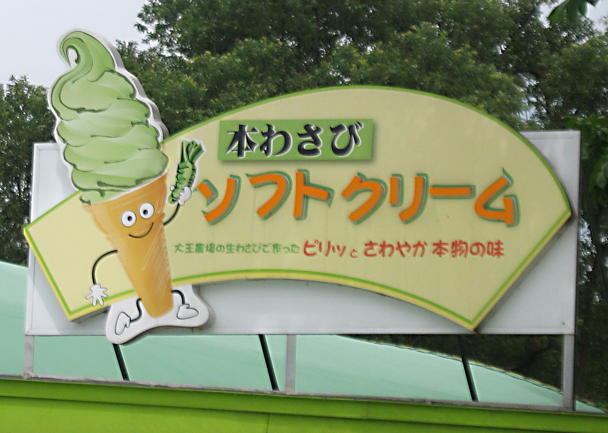 Wasabi is good, but we’re all bigger fans of fauxsabi

Wasabi is a pretty unforgettable condiment. Aside from the exciting jolt to the system it provides, thanks to triggering the same pain receptors that would be active in say, a spider bite, it’s being investigated and used for a variety of different purposes other than making sushi yummier. Better understanding of wasabi may soon help pain treatments. The smell of allyl isothiocyanate, the critical ingredient in wasabi, is being used for fire alarms for the deaf in Japan. The weirdest thing though, is that odds are, you’ve never actually eaten the stuff. 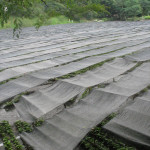 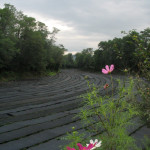 A few years back, my wife and I visited the Daio wasabi farm near Matsumoto, Japan. The farm featured what looked like a river of plants, all sheltered from direct sunlight by a layer of black shades. This arrangement was more than just picturesque though. Wasabia japonica, as in real wasabi, requires clear running water to grow, and all the river associations were actually necessarily for the plant’s cultivation. Plants take at least two years to mature, and once the plants are processed, the paste made from true wasabi powder is very short-lived, becoming dull to the palate in around 15 minutes.

All this time I’ve been eating a lie 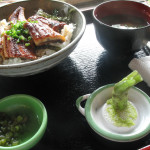 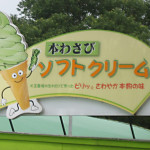 Wasabi soft-serve ice cream was also on the menu (thumbs up!)

Despite many fond memories of eating ‘wasabi’ in sushi restaurants, we were more or less unaware of all of these details when we had lunch at the wasabi farm. Our lunch came with fresh wasabi and graters allowing us to indulge as much as we wanted, and while the flavor was interesting and fresh, it was off somehow. It didn’t match expectations, because it was actually the first time we were eating wasabi instead of a paste made from European horseradish, mustard and green food coloring.

Thanks to the delicate, and therefore expensive, nature of wasabia japonica, it’s not hard to understand why it’s not used everywhere. As a cousin of wasabi, the horseradish has a great bite to it, providing a much more suitable amount of spiciness than other relatives, like broccoli or Brussels sprouts. Both plants have the key allyl isothiocyanate, even if they differ in other compounds, like wasabi’s extra sulfur-based compounds. It’s funny to realize how much I’ve been enjoying an impostor all this time, but with half a pound of true wasabi selling for $70 in the US, I think I’ll be ok sticking with my fauxsabi a while longer.

My kindergartner says: Wasabi is too spicy. I just like the sushi with avocados in it. Fair enough!