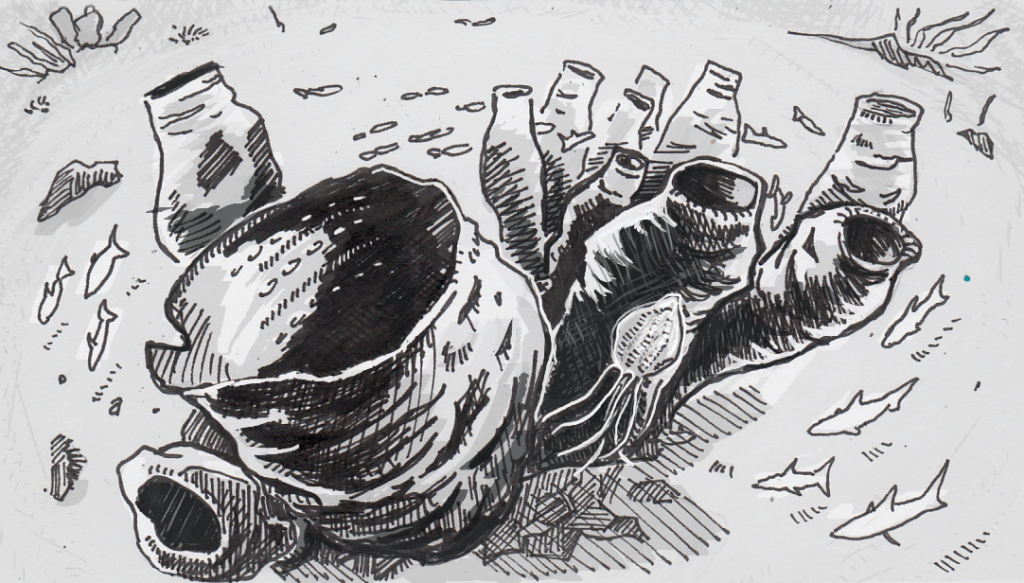 When did nervous systems evolve, and did sponges give up on them?

A sponge is a very simple animal. They lack a heart, sensory organs or a brain. They don’t even have neurons, because as stationary filter-feeders, they don’t really need one. This all seemed pretty straight-forward until genetic analysis connected them to comb jellies.

Studying the DNA of these animals showed that the comb jelly is actually a sort of sister species to the sponge, coming from the same common ancestor. As such, traits from that ancestor should be seen in both animals. However, a big difference between the two is that the jellies have a developed nervous system (although not a brain in way we normally think of them). This raised the question of where did that nervous system first come from?

One option is that nervous systems evolved even earlier. We have fossil evidence of a nervous system as far back as 520 million years ago, but there’s a chance it predates that. This would mean that the jelly was using the nervous system from that earlier ancestor, and the sponges weren’t because they had given it up. Having a brain was no longer beneficial to them.

The benefits of being brainless

Loosing a brain through evolution isn’t actually that weird an idea, as much as our brains hate to read about such an idea. Animals have been known to lose structures, such as subterranean species slowly losing their eyes, and so dropping a brain would be a possibility as well.  After all, brains require a lot of energy to power, and so if the sponge didn’t have to feed a brain that wasn’t making it a better stationary filter-feeder, it wouldn’t need as much food this way.

Brains are so nice, nature grew them twice

The other explanation for the mental gap between sponges and the comb jellies is that nervous systems hadn’t yet evolved in any of their common ancestors. Instead they were ‘invented’ after the jellies branched off from the sponges, and the sponges never had them in the first place. Supporters of this theory point to the lack of fossil evidence for a sponge ancestor that ever had a way to make use of a brain.

The brains that other animals, on the other side of the ‘family tree,’ are using would then be discreet in their design. They would be a case of convergent evolution. In this case, that would mean that having a nervous system was such a good advantage in the environment, they evolved more than once. It’s a case of form following function, in a way.

Source: Why would an animal lose its brain? by Melissa Hogenboom, BBC Earth