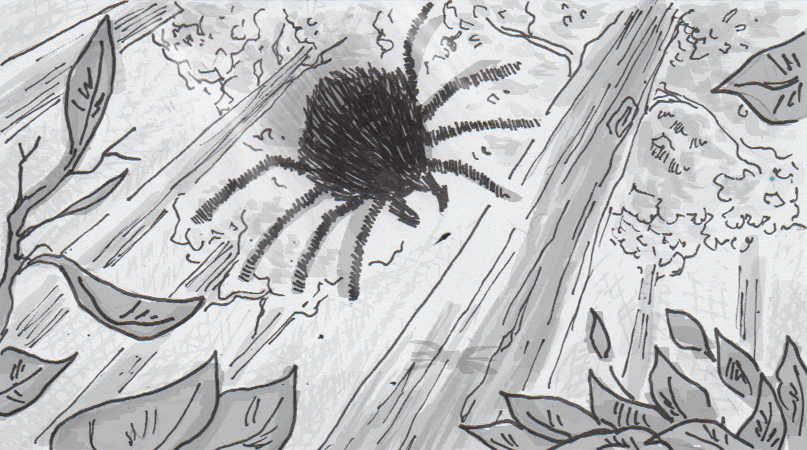 We’ve all seen spiders walk, crawl, climb. Maybe skitter or run? These styles of transportation work fine for short distances, but what about a spider who needs to relocate? What about spiders suddenly out of their element? It turns out that they have a lot of good options, after to add “balloon,” “sail,” and “glide” to that initial list.

Relying on the whims of the wind

Ballooning spiders is probably the best known form of nonpedestrian transportation. The spider climbs to the top of a tall object and ejects a strand of silk which is hopefully caught by the wind, pulling the spider with it. It’s often used by baby spiders that need to redistribute themselves to avoid competing for resources, and as such the spider isn’t really concerned with picking a route— they just need to put some distance between themselves and their departure point.

This shiftlessness does have some risk involved though, since the spider could travel anywhere from a couple of feet to 990 miles, with no control over where it sets down. Fortunately, if the spider sets down on water, they still have other ways to get around (besides sinking). On still water, spiders have been observed being supported by surface tension and then “sailing” across the water. The spiders take advantage of wind or breezes to propel themselves to shore, angling their limbs, bodies or even more silk so they act more like sails on a boat.

Not all spiders rely on silk for their aeronautics though. Members of the genus Selenops, like S. banski, have remarkably flat bodies, which they’re able to use like hang-gliders. They normally live in trees in dense forests, and if they loose their grip on the tree for any reason, they can right themselves in the air, and then use their legs as rudders to steer themselves back to the tree trunk.

Unlike ballooning spiders, S. banski isn’t looking to relocate, but return to a safe location in its tree. The forest floor can expose the spiders to a variety of predators, or in the case of tropical rain-forests, flooding (and then predatory fish). By gliding back their tree, they avoid such confrontations and are able to resume their walking, climbing, creeping and crawling.

My first grader asked: Do Selenops spiders jump from the tree to avoid birds? Are they bailing out with these glides, or just correcting a fall?

While the experiments observing the mechanics of their gliding relied on tossing them out of plastic cups, the spiders do normally jump and glide as a way to move around their local foliage more quickly. Presumably this would include evading birds as well, although it seems they also do it as a quick way to move around the trees.