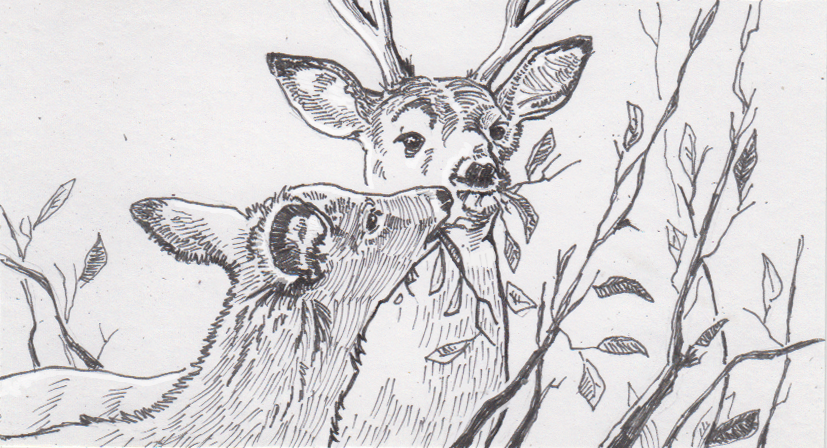 White-tailed deer are picky eaters, which poses bigger problems than your usual worries about dietary health. The North American ruminants now live in such dense populations that they make a big impact on whatever plants they choose to eat. Those preferences do shift seasonally, but with millions of deer now living in the United States, that basically means that almost every plant gets a turn to be over-foraged. Experiments have found a key exception to this pattern though, and it’s one conservationists wish the deer didn’t make.

Making space for the wrong species

White-tailed deer (Odocoileus virginianus) have long been known to devour whatever they can reach, but ecologists noticed a possible preference for native species of plants. To test just how choosy deer were, 23 plots of land in various white-tail habitats were fenced off so that the plants living there could be measured and compared. Some plots allowed deer to enter and eat, while others kept the deer out. Scientists were then able to quantify just how much of an impact the deer made on each plant species in a plot, revealing which plants they preferred and which they passed over.

Somewhat unsurprisingly, the deer liked what their ancestors liked. Probably thanks to a genetic predisposition for certain plants that were safe and healthy to eat, the deer ate more native plants than species that were imported or invasive. Importantly, this didn’t change the overall amount of plant growth in a plot, just the composition of those plants. So while a plot may have started out with 50 percent native plants and 50 percent invasive plants, the deer were essentially clearing out the native plants allowing the invasive species to claim the rest of the space. This isn’t just a problem for the native plant species, since the deer were inadvertently promoting the spread of plants that they don’t want to eat, possibly upending their dietary preferences in the future.

While the white-tailed deer seem to be making bad situations worse, it’s not entirely their fault. Invasive garlic mustard (Alliaria petiolata), for example, was imported to North America by people as an herb in cooking, but now dominates eastern forests without many natural predators. The deer themselves followed a similar pattern. While they were once hunted to dangerously low levels, conservation laws have helped white-tailed deer populations rebound in the 20th century. However, the deer’s predators like wolves and bears haven’t been so lucky, leaving the deer to multiply unchecked. People now hunt and try to curb deer populations to a degree, but we’re not quite as good at managing their numbers as balanced food-web would be. Since the deer are on course to eat their favorite foods out from under themselves, it appears that the deer aren’t good at managing their populations either.