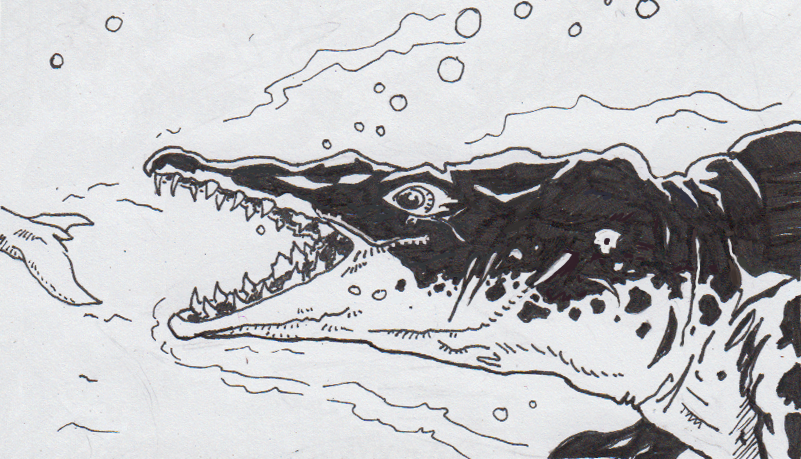 Why bite your food when you can crush it?

When you’ve got a fossilized skull with chompers like the Eocene whale Basilosaurus, it’s hard to not to wonder what they were capable of. Combining that skull with those of Basilosaurus‘ likely lunches, and some cool computer simulations, and some of that speculation starts to bear fruit.

So what was Basilasaurus biting, or rather, completely crushing with a jaw like this? Most likely other species of prehistoric whales. Skulls of young Dorudon whales have been found with damage that fits both sets of Basilasaurus teeth. It appears that the smaller whales were initially grabbed with Basilasaurus‘ weaker teeth at the front of the mouth before being rotated back into position for the strong bite through their skulls. All this is consistent with other top predators with big bites. Crocodiles, hyenas, and sharks all have a similar need an ability to quickly pin and kill prey. It’s just something we don’t as often associate with whales.