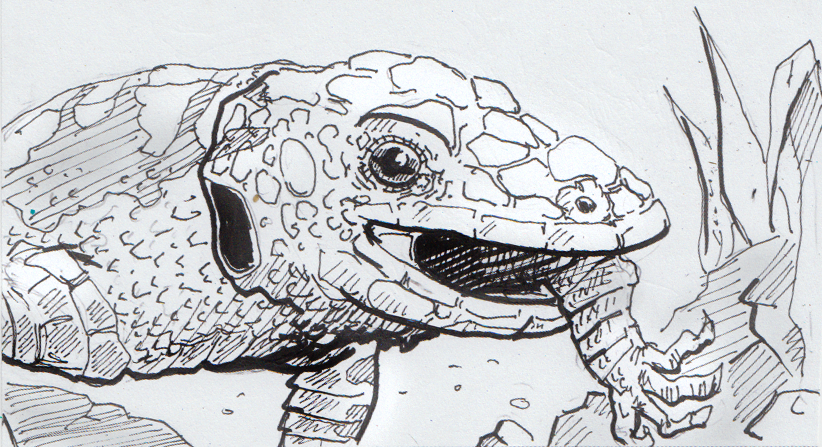 No animal takes the idea of “respecting one’s elders” as seriously as the Skyros wall lizards on the island of Diavates. Thanks to a skewed ecology on the small island, the most fearsome predator of the young lizards may very well be their parents.

On the larger island of Skyros, these lizards are more concerned with avoiding an array of predators like snakes, birds, etc. They also have a larger food supply to feed on. This combination of fewer adult lizards and more available food mean the lizards on Skyros only occasionally come into conflict, with the losses usually no worse than a toe or tail tip.

But Diavetes has shifted these ecological pressures around. While there’s plenty of food, the island offers little space and no predators to speak of, meaning the lizards are more directly competing with each other for territory and mating opportunities. The oversized adults will often devour younger lizards, gaining nutrition and eliminating competition at the same time.

This behavior is more common among the larger males, possibly out of practicality, as the females are smaller and thus less dominating of younger lizards. It also raises the question of how discriminating the males are about their prey. Do they take care to avoid eating their own offspring, or are they willing to attack their own lineage if it means a tasty snack?